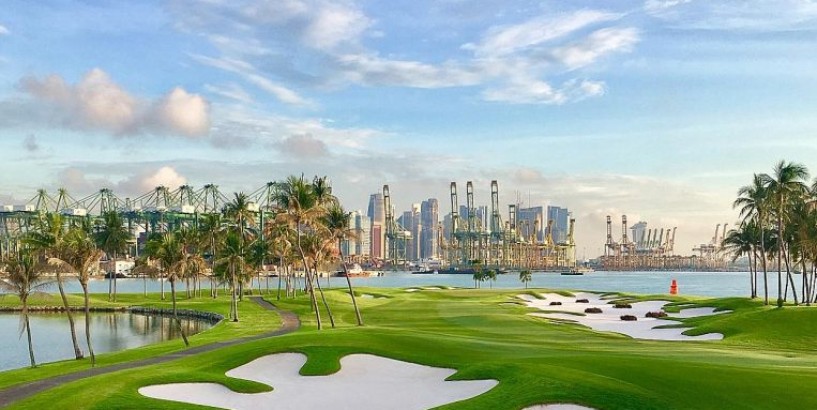 The UN's Sports for Climate Action Initiative aims to support and guide sports organisations and their communities on a path to achieving the global climate change goals set out by world leaders in the Paris Agreement. Other major sporting organisations which have joined the initiative include La Liga, New York Yankees, and the All England Lawn Tennis Club.

SGC will join these other participants in committing to a set of five agreed principles and incorporating them into their club strategy, policies and procedures.

The initiative will also provide sports organisations with a forum where they will have the opportunity to pursue climate action by learning from one another, developing new tools, and collaborating on areas of mutual interest.

SGC general manager and director of agronomy Andrew Johnston said: "We have already taken great strides with our sustainability programme in the last two years and are therefore extremely excited to be joining this initiative. We believe it is the right step for us as a club to continue on our journey to tackle climate change throughout the world and the game of golf."

Since launching its #KeepItGreen campaign at the SMBC Singapore Open in January 2018, SGC has implemented numerous environmental features such as the creation of its own bee colonies, using rechargeable lithium batteries in golf carts, and banning single-use plastics from both its golf courses. Currently the World's Best Golf Club (World Golf Awards), it has also installed electric vehicle charging sockets and built a sustainable herb garden.

Local environmental group LepakInSG believes that having a Singapore venue in a UN initiative shows that organisations here are "able to have an outsized impact on global climate action" despite the Republic contributing to just 0.11 per cent of global emissions.

Co-founder of LepakInSG Ho Xiang Tian said: "One way (for SGC) to have a greater impact would be to share what they've done with other golf courses, and get them to adopt those practices."

At this January's SMBC Singapore Open, the club unveiled a new global sustainability campaign Game On to unite the global golf community in addressing the growing concerns of climate change. It aims to help golf clubs around the world better prepare for climate change by introducing modern sustainability practices to reduce their own environmental footprint.

40% Reduction of water resources used after converting the irrigation system.

8 Years each lithium battery in the club's 220 buggies can last.

"We congratulate them on taking this important and ambitious leadership step, and look forward to supporting that commitment."