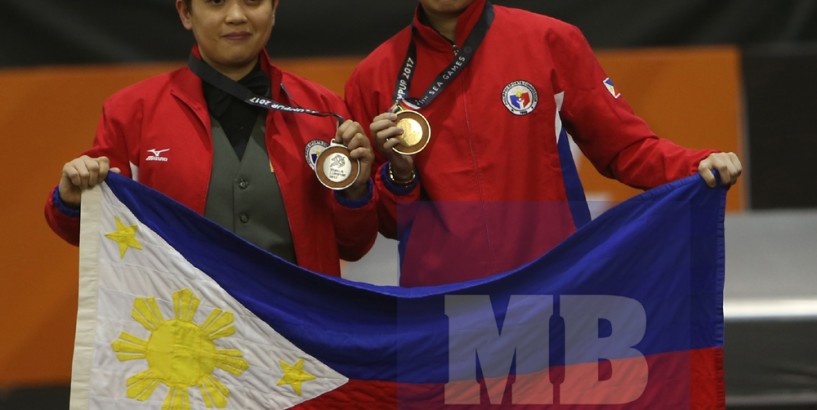 Members of the women’s billiards team led by Chezka Centeno and Rubilen Amit are setting their sights on forging an all-Filipino finals in all three events of the 30th Southeast Asian Games.

Multi-time gold medalists Centeno and Amit will take part in the 9-ball and 10-ball singles while also teaming up in the 9-ball doubles of the event which starts Tuesday at The Manila Hotel Tent.

Centeno is eyeing a third straight gold in 9-ball after beating Amit twice in the finals of the past two editions of the biennial meet.

Amit has actually settled for silver in the last four editions, though she’s more motivated in assuring another showdown with Centeno for gold.

The 20-year-old Centeno is likewise eager to meet see another face-off with her mentor.

“Sana po kami ulit maglaban para masaya,” said Centeno, who beat Amit for the first time in the 2015 Singapore Games with a 7-5 decision before rallying from a three-rack deficit to win 7-6 in the 2017 Kuala Lumpur edition.

They’ll be also looking to make it an all-PH affair for the gold in the 9-ball doubles with Ranola and Andal in what seemed like a teacher and student partnership.

Ranola will have bigger responsibilities as she will try to help Andal, a snooker specialist, get her feet wet in billiards.

Andal made the roster after making a good impression during the qualifier for SEA Games spot earlier in the year.