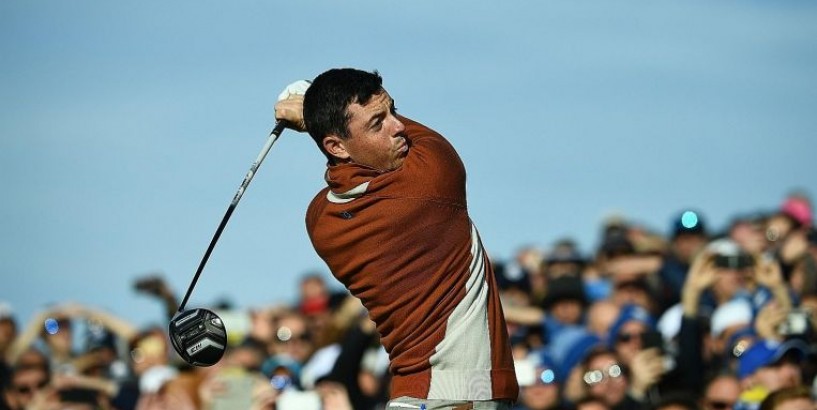 WASHINGTON • A Ryder Cup spokesman said the US-Europe golf showdown remains scheduled for September in the wake of a British report saying the event would be postponed to next year.

The Guardian reported that confirmation of a postponement is expected next week for the biennial showdown, now set for Whistling Straits in Wisconsin from Sept 25-27.

The coronavirus pandemic has made it unlikely that spectators would be allowed at the event on its current date. Travel restrictions could also be an issue for fans travelling from Europe even if a reduced number were allowed.

"The PGA of America continues to closely follow the guidance of federal, state, and local public health authorities. The safety and well-being of all is our highest priority."

World No. 1 Rory McIlroy of Northern Ireland and American four-time Major champion Brooks Koepka have both said they would not want to see the matches played without spectators, whose cheers and songs add much of the atmosphere that makes the team event special among competitions.

US captain Steve Stricker and Europe captain Padraig Harrington of Ireland have agreed they do not want to see a Ryder Cup without spectators. "I haven't been informed of (the Ryder Cup's postponement) and I'd expect I'd be in the first group to know," Harrington told the Irish Independent.

The Covid-19 outbreak has continued to unsettle golfers as the PGA Tour's Travelers Championship tees off today.

Cameron Champ has withdrawn from the event in Cromwell, Connecticut, after he tested positive for the disease during pre-tournament screening, the PGA Tour said on Tuesday.

Champ, a two-time winner on the PGA Tour, is the second known member of the circuit to test positive for the coronavirus following fellow American Nick Watney's positive test last Friday.

Graeme McDowell has also dropped out of the US$7.4 million (S$10.27 million) tournament after his caddie, Ken Comboy, tested positive for Covid-19.

TOO RISKY FOR COMFORT

The alarm bells have started to ring now that Kenny has failed this test. We're a close-knit team. We roomed together last week, we spent six hours in a car. He's carrying the virus so in some way I have to be carrying it too.

GRAEME MCDOWELL, explaining his dropping out of the Travelers Championship.

"The alarm bells have started to ring now that Kenny has failed this test," the former Major champion said. "We're a close-knit team. We roomed together last week, we spent six hours in a car. He's carrying the virus so in some way I have to be carrying it too."

Australian golfer Matt Jones revealed that the tension in the locker room is palpable.

"There's a lot of talk about (coronavirus)," he told the Australian Associated Press yesterday. "I don't know if it's nerves, but everyone is very cautious. No one wants to catch it and be one of the players that catches it and then spreads it to other players."

The Travelers Championship at TPC River Highlands is the third of five events on the PGA Tour's that is closed to the public in a bid to help stem the spread of the virus.