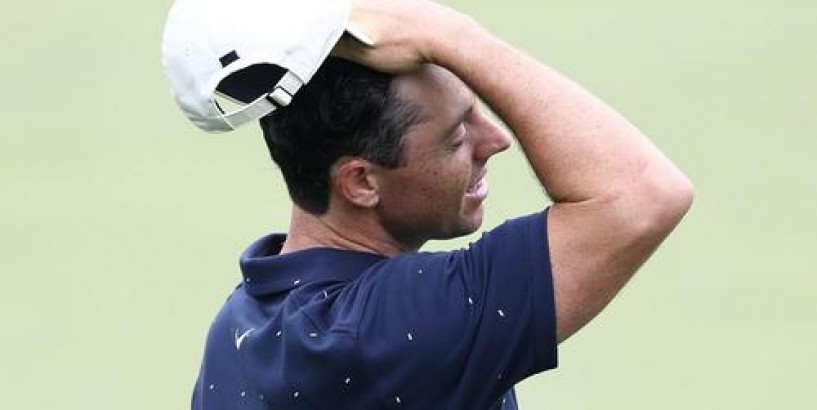 DUBLIN, Ohio - So magnificent was Rory McIlroy 's 5-wood into the fifth hole Friday that it produced a statistical oddity: He hit it closer from 257 yards than he did with any of his wedge shots.

The 9-foot eagle putt was the highlight of another up-and-down round of 72 from the world No. 1, the kind of day that has epitomized his return since the pandemic: Some good golf. Some poor, too. Here at the Memorial, he enters the weekend seven shots off the lead, at 2-under 142.

When he finished his round at Muirfield Village, McIlroy's proximity to the hole ranked outside the top 90 in a field of 128. That's a head-scratcher, since in this hot, steamy weather he's often coming into these greens with short clubs.

On nine holes, McIlroy had 137 yards or less for his approach. He missed three greens and never hit it closer than 9 feet, 9 inches.

"I just struggled a little bit and felt like I was in-between yardages and trying to hit a lot of three-quarter shots and just not sure with my [decelerations] on a couple," he said afterward. "I actually hit a couple fat, which I've had [caddie] Harry [Diamond] look at my ball position; it might have crept a little too far forward.

"But, yeah, obviously, the 5-wood on 5 is going to be the star of the show. People are going to start to make comparisons."

"So I'm not doing too badly," he said. "But today was just one of those days where I didn't hit good enough wedges."

McIlroy said a fan-less environment also creates its own challenges.

"Sometimes you get over these shots and because there's nothing at the back of the greens," he said, "you've got a 90-yard shot and you look up and you see the pin and it doesn't look 90; it's just one of those things where it's like, This looks shorter , and you're in two minds.

"It's all these things that we have to adjust to out here. You've just got to try and learn as you go along."