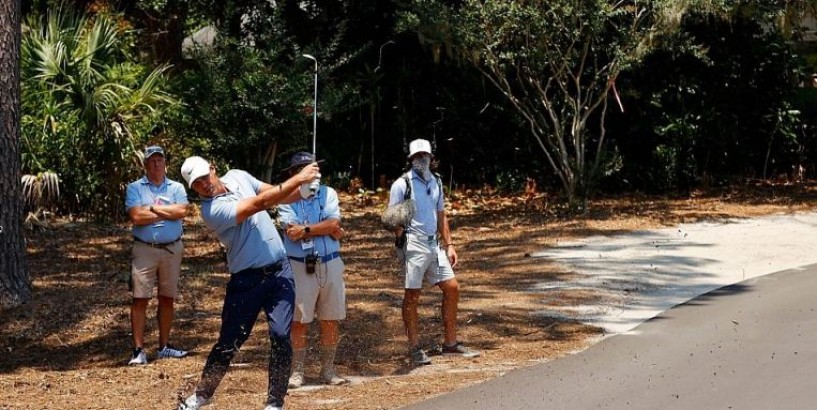 No place for fans at first major,

NEW YORK • The trend towards fan-free tournaments gained new momentum on Monday, when officials for the PGA Championship announced that golf's first Major this year would proceed without spectators from Aug 6-9 at TPC Harding Park in San Francisco.

The decision was made in coordination with officials from the state and county officials, taking into account the health and well-being of participants during the coronavirus pandemic.

The city last hosted a Major in 2012, when the US Open was held at the Olympic Club.

"We are both inspired and honoured to 'play on'," said Seth Waugh, chief executive of the PGA of America, which hosts the Major.

"While the local community cannot be with us physically, we will certainly carry their spirit of resilience and unity with us as we stage our Major championship, on their behalf, for all the world to see and enjoy."

In a statement, the PGA of America said it would continue to monitor Covid-19 developments in concert with local and national public health authorities.

The PGA Championship, originally scheduled for May 14-17, would be the first Major this year contested without fans but potentially not the last.

The US Open, which had been set for mid-June until it was moved to Sept 17-20, has also discussed a fan-free event at the Winged Foot Golf Club in New York.

Officials for the Masters tournament in Augusta, Georgia, which was postponed from early April to Nov 12-15, have said little about their plans but have privately discussed various contingencies, including barring spectators.

Brooks Koepka, whose four Major titles include victories at the PGA Championship in the last two years, said he would obviously have liked to have fans on site to cheer on his chase for a hat-trick but respects the decision.

"We got to do whatever we got to do to make us safe, keep the fans safe," said the world No. 4. "Obviously, you'd like to have fans, but I understand with what's going on, it might not be possible."

The PGA of America also faces an arduous decision on how to conduct the Ryder Cup, the biennial international competition the organisation also sponsors.

We got to do whatever we got to do to make us safe, keep the fans safe. Obviously, you'd like to have fans, but I understand with what's going on, it might not be possible.

BROOKS KOEPKA, world No. 4, on his bid for a hat-trick of PGA Championship titles possibly taking place behind closed doors.

The event, scheduled for Sept 25-27 at Whistling Straits in Wisconsin, and renowned for its boisterous, partisan crowds, could conceivably be held without fans, but scores of golfers have called for it to be postponed a year instead.

At this point, only the Memorial Tournament in Dublin, Ohio, scheduled from July 16-19, is planning to host a limited number of spectators.

State officials there approved a plan that caps the spectators allowed on the course at 8,000 daily.

The PGA Tour returned to play behind closed doors earlier this month with the Charles Schwab Challenge at Colonial Country Club in Texas.