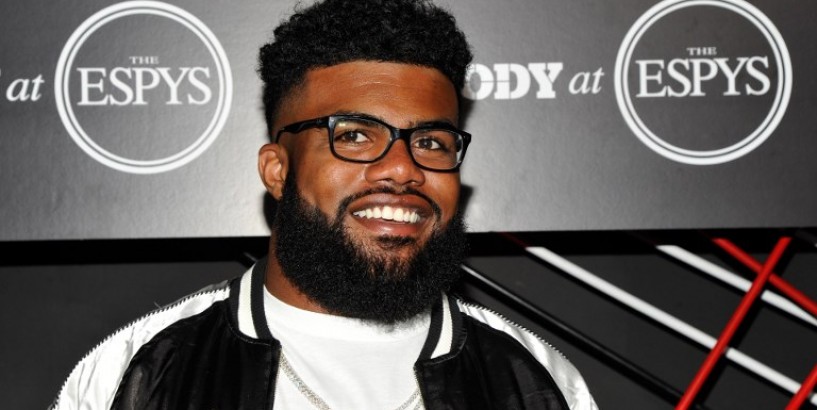 Dallas Cowboys running back Ezekiel Elliott was briefly detained after an altercation at a Las Vegas music festival but was later released without being formally arrested or charged, police confirmed on Monday.

Elliott was handcuffed by Las Vegas police early Sunday after appearing to shove a security guard at the Electric Daisy music festival, who subsequently fell over.

Footage of the confrontation was posted on the TMZ.com website.

“You got something to say?” Elliott can be heard saying to the guard, before using his forearm to push him into a metal barrier.

After the guard falls to the ground, Elliott backs away with his hands in the air protesting his innocence. He is then handcuffed by police and led from the scene.

In a statement on Monday, Las Vegas Metropolitan Police Department confirmed details of the incident, saying Elliott had been handcuffed after officers saw him shove the security guard.

“Two officers approached and placed Elliott into handcuffs while they investigated the incident,” the statement said. “The security guard who was the victim of the misdemeanor battery, refused to press charges and officers escorted Elliott a short distance away and he was released.”

Any formal arrest may have been problematical for Elliott, who was given a six-game suspension in 2017 for violating the NFL’s personal conduct policy.

The suspension related to allegations of domestic violence made by an ex-girlfriend on five occasions in 2016.

Elliott, 23, is one of the best running backs in the NFL rushing for more than 4,000 yards in his first three seasons and earning Pro Bowl selections in 2016 and 2018. ( Agence France-Presse )