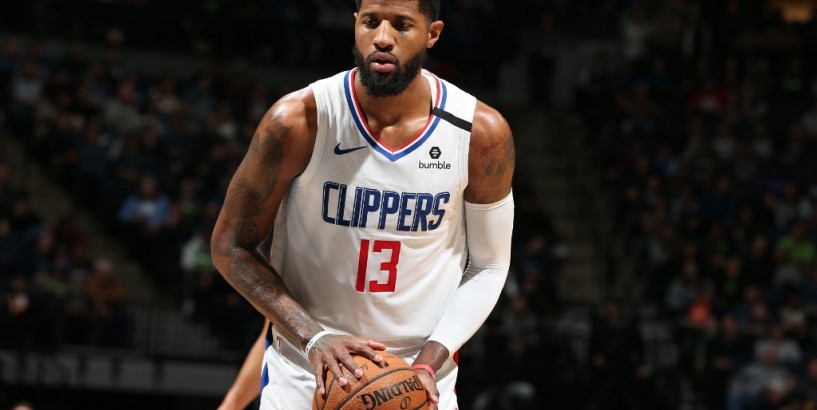 Los Angeles Clippers forward Paul George was fined $35,000 by the NBA on Thursday for public criticism of officials after the team’s 110-103 loss two nights earlier at Philadelphia.

Paul George #13 of the LA Clippers shoots a free-throw against the Minnesota Timberwolves on February 8, 2020 at Target Center in Minneapolis, Minnesota. (David Sherman / NBAE via Getty Images / AFP)

In announcing the punishment, the NBA also said the amount of George’s fine reflected his multiple prior violations of the rule against public criticism of the referees.

“I thought we played well,” George said after the loss to the 76ers. “There was some home-court cooking tonight, to say the least.”

George noted the 76ers were whistled for eight more personal fouls than the Clippers.

George scored 11 points and grabbed 12 rebounds in a game that pitted Clippers’ star Kawhi Leonard against a team he eliminated from last year’s playoffs while with Toronto on a seventh-game buzzer-beater shot.