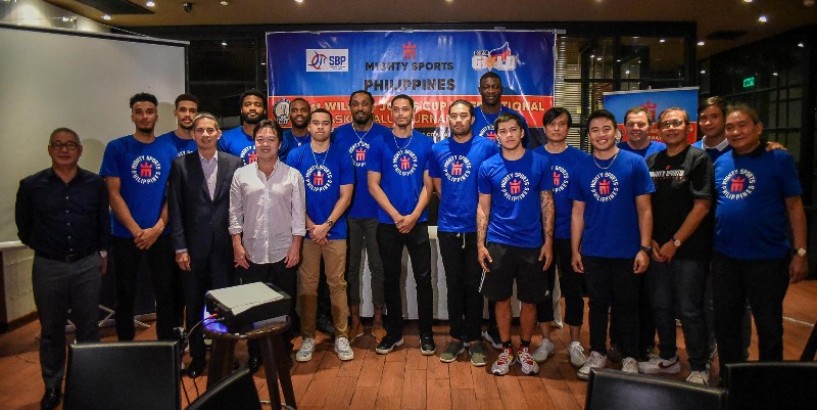 Mighty Sports Apparel faces various challenges this time but Serbian consultant Rajko Toroman believes the Philippine representative to the annual Jones Cup in Taiwan has what it takes to reclaim the crown it won three years ago.

Having handled the team’s short preparation in the absence of head coach Charles Tiu, Toroman is convinced the Go For Gold-backed Mighty Sports is strong enough to wage war against multi-titled Iran, Jordan and long-time Asian rivals Korea and Japan.

“We’ll go for No. 1,” said the original Gilas mentor who supervised the team’s training while Tiu was with Gilas Pilipinas Youth that competed in the FIBA World Under-19 tournament in Greece.

While the team is still lacking chemistry, Toroman said the presence of five veteran imports, including former San Miguel import Renaldo Balkman, will give them the edge.

“Finding the chemistry is one big challenge we’re facing right now, but I got guys who can take charge, guys who can do multiple jobs,” said Tiu during the team’s dinner Tuesday inside the grand City of Dreams Manila.

The team leaves on Thursday with everybody expressing confidence of regaining their crown.

Fil-Am Jason Brickman, one of two remnants of the 2016 champion team – the other is Hamady N’Diaye – and Angelo Wongchuking are fully contended with the team roster, claiming they’re now quicker and sharper.

“We have pretty good guys now who can deliver,” said Brickman who dazzled the Taiwanese fans the last time with his creative plays.

“We’ll go for the championship, nothing else,” said Wongchuking.

While they’re still clueless on who will make up the teams of Iran and Korea, Toroman said Jordan is likely to send their best squads in the annual tournament.

Mighty Sports Apparel owner Alex Wongchuking and Go For Gold big boss Willy Ocier urged the team members not only to give their best on the playing court but also be friendly and accommodating to thousands of Filipino migrants in the charming Taiwan capital.

Also reinforcing the team are Zach Graham and Eugene Phelps.