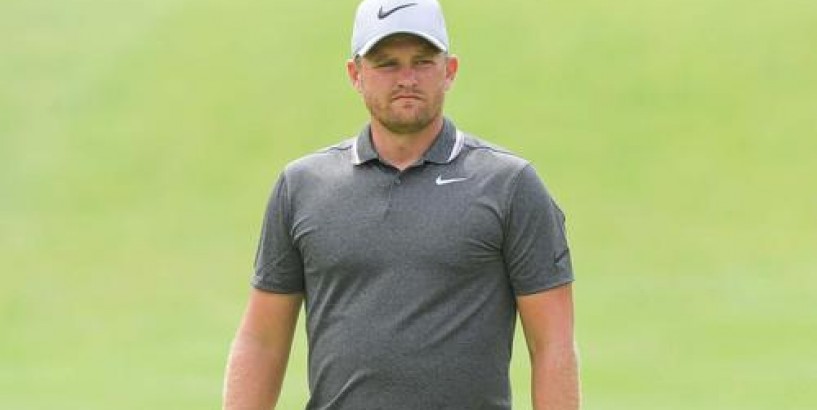 Tom Lewis fired another 6-under 66 Sunday at the Korn Ferry Tour Championship to move closer to securing a PGA Tour card for the first time.

The 28-year-old Englishman, who made a last-minute decision to play the Korn Ferry Tour Finals finale at Victoria National, leads Lanto Griffin by two shots at 16 under. A victory would move Lewis to second in Finals points while anything solo-sixth and better would likely clinch a spot among the top 25 on that list, which would come with a card.

Griffin already has his card via the regular season but can improve his priority rank with his finish Monday. However, he can't catch Scottie Scheffler, who is T-3, along with Grayson Murray and Fabian Gomez , and in great position to lock up fully-exempt status as the leading player in combined points.

Matthew NeSmith, who missed the cut at Victoria National, has already clinched a full card as the leading player in Finals points as just three other players in the top 10 on that list decided to tee it up this week.

Murray, who was the first player currently in the top 25 of Finals points to have not yet clinched his card, is projected to rise from 14 th to seventh while Gomez is projected to climb from T-51 to 11 th .