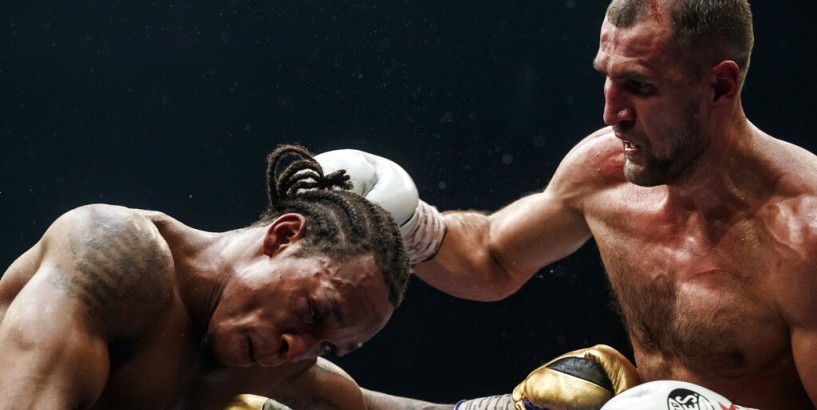 CHELYABINSK, Russia — Sergey Kovalev knocked out Anthony Yarde on Saturday to retain the WBO light heavyweight title in his first defense since winning back the belt in February.

Kovalev was rocked by heavy punches from the British challenger in the eighth round but Yarde tired, allowing Kovalev to floor him with a left jab in the 11th.

After Yarde’s eighth-round flurry, Kovalev’s trainer Buddy McGirt warned the Russian veteran he would throw in the towel if he kept taking punishment.

It is one month since another Russian fighter trained by McGirt, Maxim Dadashev, died from injuries sustained in the ring. The light welterweight suffered a brain injury against Subriel Matias despite McGirt intervening to stop the fight when Dadashev took heavy punches to the head.

“It’s hard for me now when everyone is celebrating, and I have to think about him,” Kovalev said, referring to Dadashev.

The previously unbeaten Yarde (18-1) hadn’t gone beyond seven rounds before Saturday and appeared exhausted in the latter stages. He has had just 12 fights in the amateur ranks and 18 as a professional.

It was the 16th consecutive world title fight for Kovalev (34-3-1). He lost his belt to Eleider Alvarez in August 2018 but won it back in a rematch six months later.

Kovalev, who was hugged in the ring by his mother at the end, was fighting in Russia for only the fourth time as a pro.

He could now be heading for a big-money bout with middleweight champ Saul ‘Canelo’ Alvarez.

“Canelo is a great fighter and if he wants to fight, I am ready,” he said.