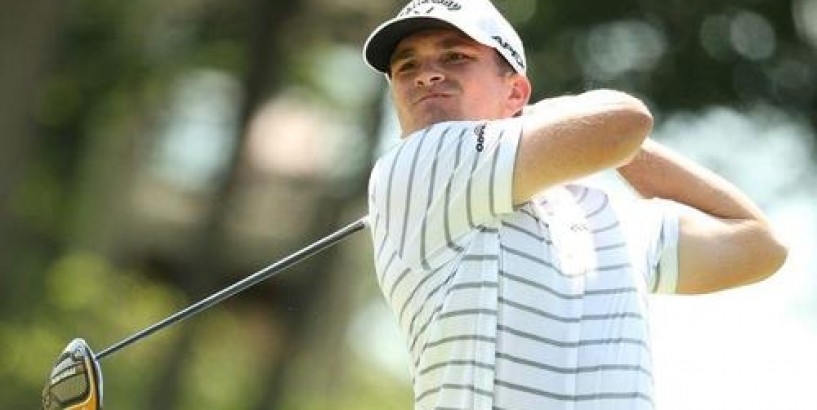 American Will Gordon, making only his eighth US PGA Tour start, fired a second-round eight-under par 62 Friday to seize the lead at the Travelers Championship New York (AFP) - Will Gordon, playing in only his eighth PGA Tour event thanks to a sponsor exemption, fired an eight-under-par 62 Friday to seize a two-stroke lead at the Travelers Championship.

The 23-year-old American stood on 12-under 128 after 36 holes at TPC River Highlands in Cromwell, Connecticut, as Canada's Mackenzie Hughes, the overnight leader after an opening 60, teed off to begin his second round.

Gordon fired nine birdies against a lone bogey in his first PGA start since February's Puerto Rico Open as the tour took a three-month hiatus from March until two weeks ago.

"I hit a little bit better today and the putter has been working really nice," Gordon said. "Just trying to stay out of my own way and stay in the moment. I've been really free and letting them go in."

Gordon shared 31st in his debut last year at Reno and his best result was a share of 10th in last year's RSM Classic.

"I've been playing whenever I get my starts," Gordon said. "I got really lucky I got one this week and I want to make the most of it."

Gordon started on the back nine and birdied six of his first eight holes, the first of them on a 45-foot putt at the 10th.

A three-putt bogey at 12 was sandwiched between back-to-back birdies on either side and he added two more birdies at the par-3 16th, on a 20-foot putt, and the par-4 17th, after dropping his approach to eight feet.

He followed with 15-foot birdie putts at the first and second holes and added another birdie on a 25-foot putt at the par-3 eighth.

Americans Brendan Steele , who shot 62 also on Friday, and Xander Schauffele were in the clubhouse on 131.

American Collin Morikawa, who made his first 22 consecutive cuts as a professional, will miss the mark this week, ending the second-longest such streak in the last 30 years three shy of matching Tiger Woods with 25.

Morikawa opened with a 72 and only managed a 71 on Friday.

"It was bound to happen at some point," he said. "Now I guess we're going to stop talking about it and I can just go on to next week."

Morikawa will actually return in two weeks for the first of two events at Muirfield Village in Dublin, Ohio.