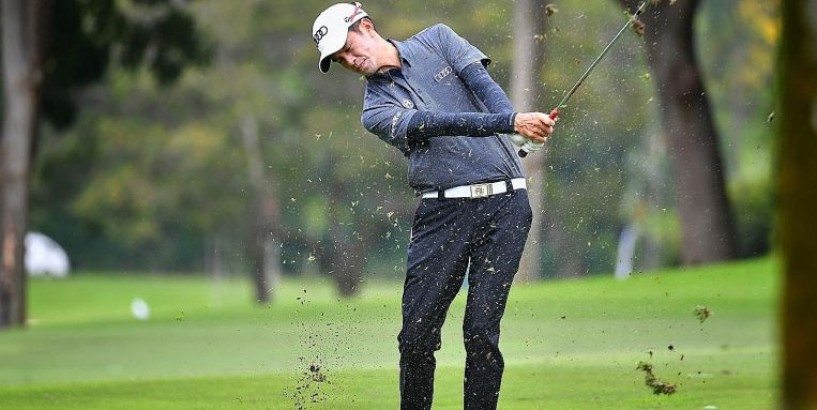 Professional golf in Asia received its latest setback yesterday when this season's PGA Tour Series-China was cancelled owing to the coronavirus pandemic.

While the US-based PGA Tour is in full swing, albeit without fans, and the European Tour resumed yesterday with the British Masters, the major circuits in Asia have yet to restart.

The Asian Tour is aiming to restart in September, the same timeline for the lucrative main tours in Japan and South Korea.

For Singapore's No. 1 golfer Quincy Quek, who is the country's sole representative on the PGA Tour Series-China, in which he won his maiden title last year, the news was disappointing.

But he added that he "appreciated they have committed to a decision early rather than leave us hanging".

His membership and playing status will be carried forward automatically to next year.

This term's 14-tournament competition was originally scheduled to start in March but was postponed due to the Covid-19 outbreak.

Besides decent prize purses - ranging from 1.5 to 2 million yuan (S$300,000 to S$400,000) - the top five on the order of merit qualify directly for the Korn Ferry Tour, which is the feeder circuit into the PGA Tour where the likes of Tiger Woods and Rory McIlroy compete.

A missed cut at the Singapore Open in January was his sole competitive outing this campaign.

The world No. 538's main source of income this year has been private coaching. He was giving lessons at National Service Resort and Country Club before the circuit breaker and continued when Phase Two of the economy's reopening began last month.

He was cautiously optimistic about the Asian Tour's restart plans, which suffered a blow last week when the Sept 17-20 Taiwan Masters was cancelled. The US$950,000 event was the second of three tournaments announced in June to get the disrupted season back on track after a six-month suspension.

4 Events staged by the Asian Tour before it was halted in March by the coronavirus pandemic.

The Tour staged four events before the campaign was halted in March. It hopes to return at the US$1.18 million Shinhan Donghae Open in South Korea from Sept 10 to 13, followed by the US$1.4 million Panasonic Open in Japan from Sept 24 to 27.

As for the PGA Tour Series-China, its executive director Greg Carlson hopes the global pandemic "alleviates itself so we can again resume tournament golf in this part of the world in 2021".

He added: "Like with the Mackenzie Tour-PGA Tour Canada, there was so much growing uncertainty in China with getting into the country and all the things associated with travelling there.

"We looked at many different options and scheduling models that might have allowed us to even play an abbreviated schedule, and it turned out to not be feasible."