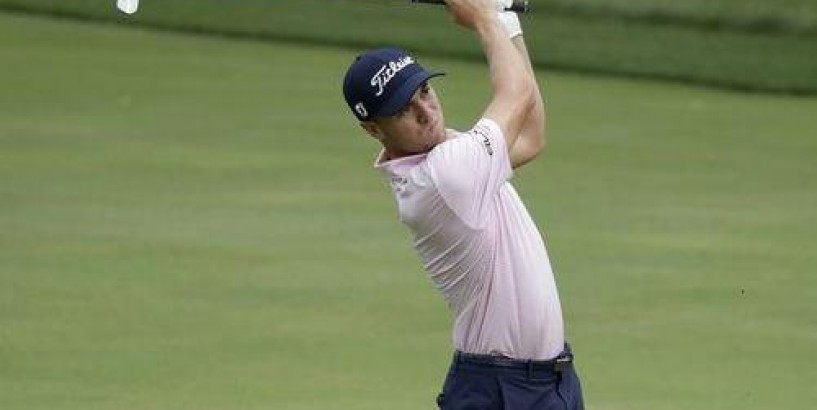 Column: The revolving door at No. 1 in the world ranking

DAILY MAGAZINE Column: The revolving door at No. 1 in the world ranking Justin Thomas hits from the 14th fairway during the first round of the Memorial golf tournament, Thursday, July 16, 2020, in Dublin, Ohio. (AP Photo/Darron Cummings)

RETURN TO POST Column: The revolving door at No. 1 in the world ranking FILE - In this a, Jon Rahm, of Spain, poses with the trophy after winning the Memorial golf tournament in Dublin, Ohio. The No. 1 player in the world is Rahm. The best player in golf? With this kind o[...]

RETURN TO POST Column: The revolving door at No. 1 in the world ranking Tiger Woods looks toward the seventh hole during the final round of the Memorial golf tournament, Sunday, July 19, 2020, in Dublin, Ohio. (AP Photo/Darron Cummings)

Jon Rahm is the No. 1 player in the world.

The best player in golf? That depends on the week.

Webb Simpson looked to be tough to beat when he won the RBC Heritage, giving him two victories, a runner-up finish and a third place in his last six PGA Tour events.

But then Dustin Johnson won the Travelers Championship, renewing conversations that when he puts in the time, no one has a greater package of talent. During his two weeks off, however, golf became obsessed with super-sized Bryson DeChambeau and his 200 mph ball speed that carried him to victory in Detroit, his seventh straight top 10.

And then two days after DeChambeau took a 10 - ideal for gymnastics, not so much for golf - on the 15th hole at Muirfield Village to miss the cut, Rahm built an eight-shot lead at the turn and held on for a victory at the Memorial that sent him to No. 1 in the world.

Longer than Tom Lehman, for sure. Of the 24 players who have been No. 1 since the world ranking began in 1986, Lehman was there the shortest time - one week. And just his luck, he took that week off, so he never even played a tournament at No. 1 in the world.

Rory McIlroy , whom Rahm replaced at No. 1, and Justin Thomas can return to the top if they win the World Golf Championship this week in Memphis, Tennessee. At least that's easier to track than two weeks ago, when five players at the Memorial had a mathematical chance of reaching No. 1.

Whether the reason is depth or parity, it's become a revolving door that doesn't appear to be stopping anytime soon.

Brooks Koepka started the year at No. 1, and McIlroy took over in February. Rahm was asked Tuesday if he considered them the best players in the world while they were at No. 1, and if he looks at himself that way now.

''I think nowadays it's really tough to determine one player,'' Rahm said. ''Because yeah, Brooks is having a hard year right now. He's not playing his best. But he has won four majors in the last few years. Rory played amazing last year. It's hard to dictate one player alone. But it would be foolish of me to say that I'm not here thinking I'm the best player.

''And I think all the great players out there who have got to this point are playing like they believe they're the best player,'' he said. ''In golf, you need to prove that every week.''

During their longest stretches - 64 weeks for Johnson, 54 weeks for McIlroy - there was little argument.

With Tiger Woods , there was no argument.

Not since Woods in 2009 has a player started and finished a year without surrendering the No. 1 ranking. It was the eighth time Woods did that.

Phil Mickelson was never on that list, and Rahm was quick to point out that playing against Woods in his prime certainly didn't help Lefty's cause.

''But it still doesn't take away from what I've done,'' Rahm said. ''Now at the same time, getting here, it's great. I played great golf the last four years. ... It's not only to get here. but to stay here, hopefully for a long time.''

Of the previous 23 players to reach the top of the ranking, seven won in their debut at No. 1. The most recent was Johnson in 2017 at the Mexico Championship, his second of three straight wins. The most timely belonged to Adam Scott , who had three chances to reach No. 1 by winning, and then got there during a week off. He returned and won at Colonial.

It's just a number. Rahm understands the world ranking enough to realize it's a product of two years, not one week. He should be proud, just as the 23 others before him.

Thomas reached No. 1 after The Players Championship in 2018 and didn't play until the Memorial. He conceded to feeling a little different.

''I just remember being a little more nervous because it's like all eyes are on you, and you're the best player in the world, so you feel like you should kind of play up to that,'' he said.

He tied for eighth. It could have been worse. Jordan Spieth missed the cut in his debut at No. 1.

Adding to the volatility of the No. 1 ranking is the strength of the fields, which have been loaded with the world's best players since the restart and will remain strong with this World Golf Championship, the PGA Championship, the FedEx Cup playoffs and then the U.S. Open, all in the next two months.

Getting to No. 1 is hard work.