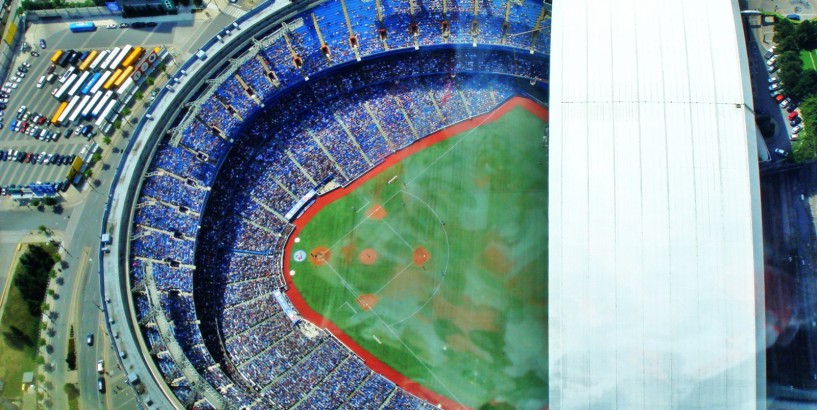 The Toronto Blue Jays will have to find a new home this season, as the Canadian federal government on Saturday, July 18 has rejected a plan by the Major League Baseball team to use the Rogers Centre over the fears of COVID-19 spread.

The Blue Jays have been under strict quarantine while holding a training camp at their home stadium ahead of the restart of the MLB season on July 23.

The team had been hoping to secure an exemption from travel quarantine rules that would allow them to play at the Rogers Centre. Last week the federal government extended the closure of the Canada/U.S. border to non-essential travel until Aug. 21. Anyone entering Canada must self-isolate for 14 days.

Restrictions to Safeguard the Country

Toronto Blue Jays Stadium Wikimedia commons Under such restrictions, it would be impossible for the Blue Jays to cross into the U.S. and return home and opposing teams to enter Canada for games without government and public health approval. "Based on the best available public health advice, we have concluded the cross-border travel required for MLB regular-season play would not adequately protect Canadians' health and safety," said Canada's Immigration Minister Marco Mendicino in a statement.

"As a result, Canada will not be issuing a National Interest Exemption for the MLB's regular season at this time." Blue Jays president and CEO Mark Shapiro said in a statement that the team supported the government's decision. "From the onset of the discussions with league and government officials, the safety of the broader community - our fans - and the team remained the priority of everyone involved, and with that, the club completely respects the federal government's decision," he said.

Both municipal and provincial governments had already given approval to the Blue Jays proposal but the federal government turned down the plan as cases of COVID-19 soar in the United States. "Unlike preseason training, regular-season games would require repeated cross-border travel of Blue Jays players and staff, as well as opposing teams into and out of Canada. Of particular concern, the Toronto Blue Jays would be required to play in locations where the risk of virus transmission remains high," said Mendicino.

With their home opener set for July 29, the Blue Jays will now have just 10 days to find a new home. Options, however, are limited with the team's Spring training base in Dunedin, Florida, and Buffalo, home of the club's Triple-A minor league affiliate the leading candidates. Shapiro said that the team was in the process of finalizing the best home location for the remainder of the 2020 season.

(With inputs from agency)