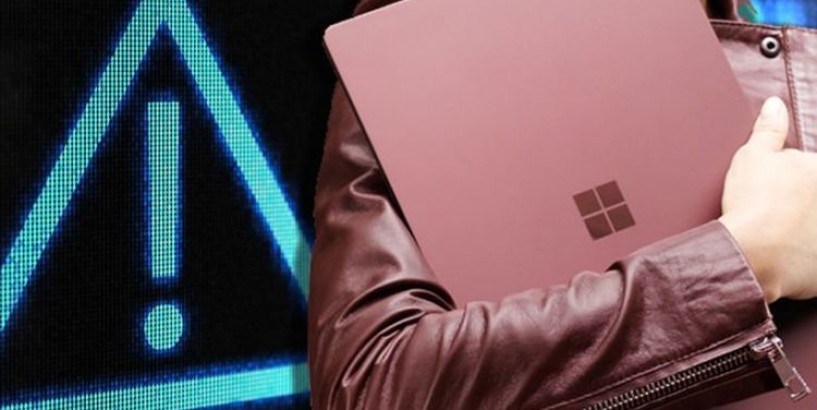 Windows 10 warning: Why Microsoft users must ignore this 'critical' threat

Windows 10 fans are being urged to watch out for a dangerous new scam that could leave sensitive data, such as bank details, in the hands of cyber criminals. According to police, computer users are being targeted by thieves who claim to be security experts calling from Microsoft .

Related articles Windows 10 bug lets hackers steal passwords, here's how to stop them Microsoft set to add one of the best MacBook features to Windows 10 During the conversation, the crooks claim that the users' PC is at risk from a cyber threat and needs urgent attention. They then say that a security check should be performed and if the victim agrees, the scammers can then gain remote access to the computer via the internet.

This access allows fraudsters to obtain personal details about the victims including, address, full name and even their bank account.

According to police in Cheshire, this crime is on the rise with a number of people having recently reported receiving these fake calls.

Explaining more, Detective Sergeant Chris Jacques, of the Economic Crime Unit, said: “This is a particularly heinous crime whereby scammers target the most vulnerable in society.

“This scam has seen a resurgence over the years but as time goes on, fraudsters can use more sophisticated techniques in order to persuade victims to hand over money or gain access to their computers.

Windows 10 warning as scammers are back with a new way of tricking users (Image: GETTY • MICROSOFT) READ MORE Windows 10 users have been waiting months for this news “These fraudsters are often extremely convincing and pose as working for a reputable company as it gives them more credibility.

“We are doing all we can to tackle all types of fraud and I would urge anyone who believes that they have been a victim of this scam to please report it to Cheshire Constabulary and Action Fraud.”

The police are now offering important advice for all Windows 10 users including:

• Computer firms such as Microsoft do not make unsolicited phone calls to help fix your computer or fix a security risk.

• Treat all unsolicited phone calls with scepticism and never give out any personal information.

• Computer companies will not ask for credit card information to validate copies of software or ask for ID such as a driving licence or passport.

Trending Anyone who believes they have been contacted fraudulently or have been a victim of fraud should call police on 101 and Action Fraud on 0300 123 2040.

Security experts have also warned that this is a growing problem across the whole of the UK.

Ray Walsh, Digital Privacy Expert at ProPrivacy said: "It's no surprise that the Microsoft phone scam is back because unfortunately, it works. It's a scam that has been around for many years, yet it keeps rearing its ugly head because it is an effective scam that always manages to catch vulnerable people out.

"Anybody who receives a phone call that tries to convince them that their computer is suffering from critical vulnerabilities must ignore the call and hang up at once. Scammers are aware that people are scared of being hacked - particularly with all the high profile hacking scandals in the news.

"While the recent resurgence of the Microsoft support scam was first noted in Cheshire, it is worth noting that scammers could move onto other areas of the country next, meaning that everyone needs to remain vigilant and ensure that older or vulnerable family members are aware of this advice, as they can be most at risk."