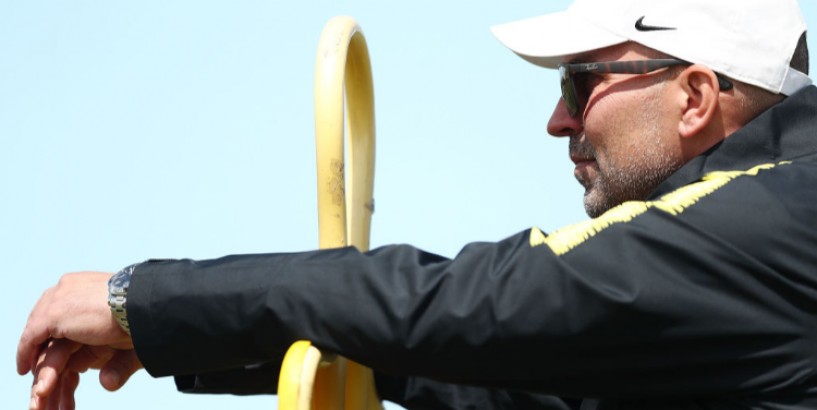 Western Sydney head coach Markus Babbel concedes there are improvements to be made despite their undefeated start to the A-League season.

Ahead of a trip to play league newcomers Western United at GMHBA Stadium on Saturday night, Babbel said a revamped attitude has helped the Wanderers to a good season start, but tactics need refining.

"We can play better football. The results are top," he said.

"I always say, if you're not playing well, you don't have to lose."

Saturday's game will be the first time United have hosted a Sydney team, although the two sides played out a 1-all draw in the pre-season.

Since then, Western United have proved they can match it with the competition's heavyweights with a miraculous comeback 3-2 win over Melbourne Victory in last week's derby.

They now sit fourth on the ladder with two wins and a draw after the first four rounds.

"They have many individually good players but also as a team they're working well, and for me it wasn't a big surprise that they beat Victory," Babbel said of Western United.

"They have the quality and if they've got chances they can score, but it's up to us because we're also a strong side and if we bring our performance on the pitch I'm optimistic we can get the result.

"We know it will be a difficult game because they're an experienced side. The experts that put the team together who can win the league and this is exactly what I see. We have to bring our top performance on the pitch to get a result."

"I wasn't happy with the start and we need to rectify that. We need to start well against this team, they've got the best defensive record in the league, we know that they defend quite well," Rudan said.

"They deserve to be where they are and we need to be really focused. But we're in a good place, like I said we've got a lot of threats now and we are a team that can keep the ball."

The Wanderers lost star midfielder Pirmin Schwegler early in their nil-all draw against Brisbane Roar last weekend, but Babbel is optimistic he will make it through training on Friday and play.