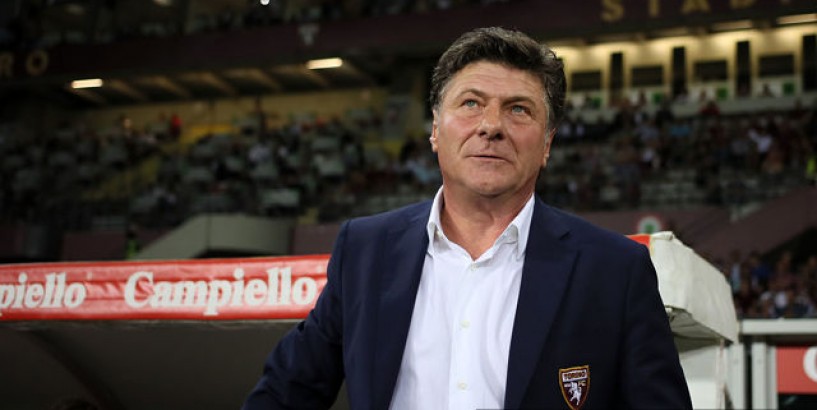 Torino coach Walter Mazzarri was left to rue his side’s failure to deal with Raul Jimenez after a damaging 3-2 home defeat in the first leg of their Europa League qualifier against Wolverhampton Wanderers on Thursday night, in quotes reported by One Football.

In arguably the most intriguing of all the play-off fixtures, the Premier League side just about edged their Serie A opponents in Turin.

A brilliant individual goal from Mexico international Jimenez sealed a dramatic win after a Gleison Blumer own goal and a second-half tap in from Diogo Jota, meaning Nuno Espirito Santo’s side are now clear favourites to reach the competition proper ahead of next week’s decider at Molineux.

And it was Jimenez’s goal that had Mazzarri seething after the game. The former Benfica striker waltzed past the highly-rated Armando Izzo before slotting into the bottom corner. If he made it look easy, it’s probably because it was.

“We should’ve been more courageous in pressing Raul Jimenez, who is such a talent,” the former Watford, Napoli and Inter Milan coach said.

“ Wolves showed their greatest strength was the counter-attack, pace and powerful players who surge forward. They showed that against all the big English clubs too, not just us.

“We made some defensive errors that we don’t usually make and the result was excessive. We didn’t deserve to lose. Wolves have extraordinary financial resources and so naturally when they can pay £35 million for a single player, they’re going to have a lot of quality in the squad.”

Record signing Jimenez is certainly proving to be worth every penny with his brilliant strike providing Wolves with what could be a crucial third away goal, even if Andrea Belotti’s late penalty made things slightly more tense ahead of next week’s second leg.

If Torino have any hopes of turning the tie around, they really cannot allow Jimenez such a clear run at goal.