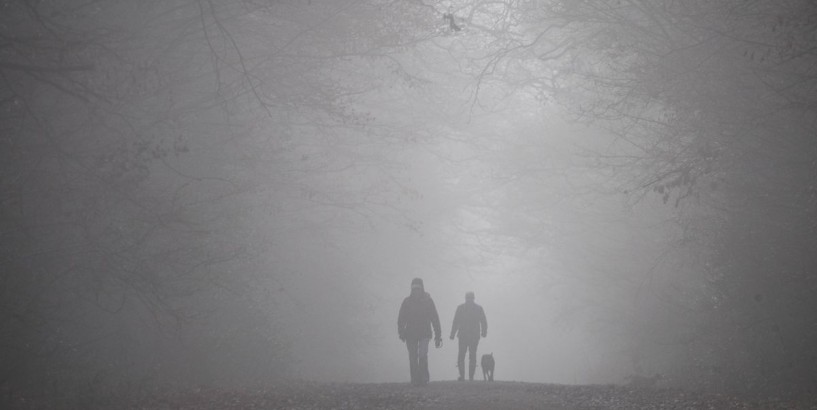 Freezing fog is set to descend across the UK after the coldest night in ten months. Brits saw lows of -10.3C on Saturday night, the chilliest weather since February, the Met Office said.

Sub-zero temperatures are expected again this week, with the mercury expected to dip as low as -8C on Wednesday night.

"Tonight and tomorrow night we are going to see widespread freezing fog, particularly in central, southern and eastern parts of England.

He added that there will likely be snow over the mountains in Scotland today, with wintry showers expected over a wider area at the weekend.

Tonight will bring lingering rain or drizzle in northern Scotland.

The wet conditions should largely clear as the night goes on, though it will remain predominantly cloudy.

Visibility will be reduced 'substantially' by fog (Image: PA) UK weather forecast: Britain set for 10 hours of fog and bone-chilling temperatures Otherwise it will be a dry night night across the UK, with clear spells for many regions, though some mist or fog will form across southern England and Wales.

Patchy low cloud and mist is expected across England and Wales tomorrow.

It will linger throughout the day in places, particularly towards the south where winds will be light, although there will still be some spells of sunshine.

Cloudier and breezier weather is likely in Scotland and Northern Ireland, although it will remain predominantly dry.

Fog will spread across the UK today Read More Top news stories from Mirror Online London Bridge victim named Sonic boom rattles houses Video of heroes taking down terrorist How to cook bacon the right way Cloud and rain will gradually push into the north-west of the UK on Wednesday.

It will remain largely dry elsewhere, with variable cloud and bright spells.

Wet weather will hit the north and west on Thursday, particularly in north-west Scotland, however it should be dry in the south.

Met Office five-day weather forecast Today: Many southern and central areas of Britain, dry and cold with wintry sunshine after frost and isolated fog clears. Northern Britain cloudier, with some rain in northern Scotland where it will turn windier but less cold.

Outlook for Wednesday to Friday: Cold with fog for the south on Wednesday, windy with showers in the north. Mild and windy with rain moving south Thursday, clearing Friday to bright or sunny spells.