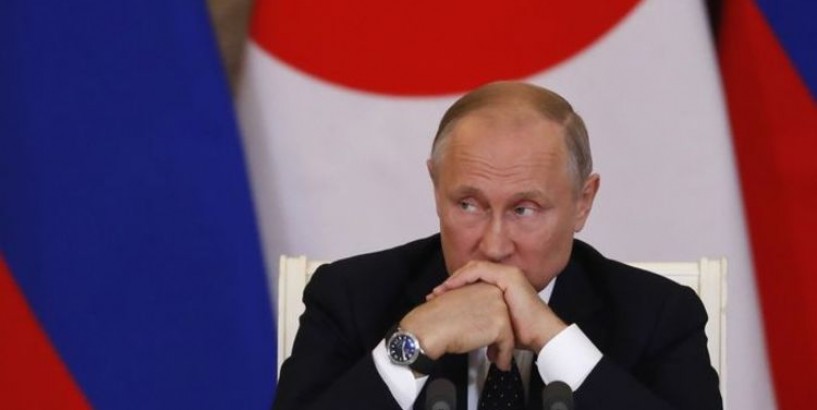 Mr Navalny was put into a medically-induced coma in a German hospital after falling ill during a plane journey in Serbia. Serbian doctors reportedly ruled out poisoning as the cause of the campaigner’s illness. However, he was then flown to Berlin where hospital tests found evidence of a substance with nerve agent properties, according to The Moscow Times.

Now, prominent Russian tycoon Yevgeny Prigozhin has threatened action against the Kremlin critic if and when he recovers.

Mr Prigozhin, a billionaire with close relations to the Russian president, has warned he will “unrobe and unshoe” Mr Navalny and his team by chasing debts they owe.

Mr Prigozhin has been called ‘Putin’s chef’ due to his history of catering for Mr Putin.

The businessman has built up a food empire within Russia, having been awarded contracts by the state to supply dinners to schools and also to Russian soldiers.

However, the billionaire is also alleged to have branched into other circles, with US investigator Robert Mueller claiming trolls working on behalf of Mr Prigozhin had interfered in the 2016 US election.

In addition, Mr Prigozhin is also thought to be linked to private military contractor the Wagner group – though this is something he denies.

According to The Times, Mr Prigozhin recently announced he has bought £880,000 worth of debt owed by Mr Navalny and his FBK anti-corruption organisation.

Activist Alexei Navalny, pictured, is said to have been poisoned and is in hospital (Image: Sefa Karacan / Anadolu Agency / Getty)

Mr Navalny had previously said he would disband his FBK group following the ruling.

It now appears Mr Prigozhin will continue to push for the debt to be repaid.

Donald Trump embarrassment as secret letters to Putin exposed - 'I'm a big fan of yours!' [INSIGHT]

He said in a frank statement: “If Navalny survives then he must answer under all severity of the Russian law,” the Times adds.

Novichok was the military-grade substance used in the poisoning of Sergie and Yulia Skripal in the UK in 2018.

In response to the alleged poisoning of Mr Navalny, UK Prime Minister Boris Johnson has called for a “transparent” investigation into the incident.

In a tweet, Mr Johnson said: “The perpetrators must be held accountable and the UK will join international efforts to ensure justice is done."

Mr Navalny has been referred to as the most prominent opponent of Mr Putin through his efforts to expose dubious activity within the Russian government.