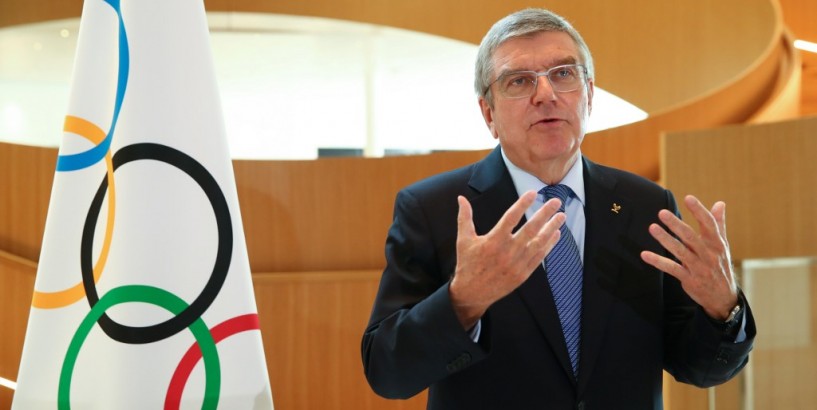 By Agence France-Presse International Olympic Committee President Thomas Bach said Wednesday that the postponed Tokyo Games would require “sacrifices and compromises” from all sides to make them work.

International Olympic Committee (IOC) President Thomas Bach gestures as he speaks during an interview after the historic decision to postpone the 2020 Tokyo Olympic Games due to the coronavirus pandemic, in Lausanne, Switzerland, on March 25, 2020. (Photo by Denis Balibouse / POOL / AFP)

“These postponed Olympic Games will need sacrifices, will need compromises by all of the stakeholders,” Bach told reporters in a conference call the day after the IOC decided to delay the 2020 Games because of the coronavirus (COVID-19) pandemic.

The IOC’s role, Bach said, was “to make the Olympic dreams of athletes come true”.

He admitted that cancelling the Tokyo Games was “discussed and considered”, but said: “It was very clear from the beginning that cancellation was not something the IOC would in any way favor.”

It is the first Olympic Games in peacetime to be postponed.

Bach said the rescheduling of the Games in 2021 remained a “very challenging question”.

A taskforce, named ‘Here We Go’, had been created to examine the issue, Bach added, saying the first port of call would be with the 33 international federations, likely starting with a conference call on Thursday.

“The first step, we have to see with them, to see what the options are. We also have to take into account the sports calendar around the Olympic Games,” the German said.

The rescheduling, he added, “is not restricted just to the summer months. All the options are on the table, before and including the summer of 2021”.

Both World Athletics and the International Swimming Federation say they are prepared to move their 2021 world championships to accommodate the rescheduled Games.

The Athletics world championships are due to be held in Eugene, Oregon on August 6-15 next year, with the swimming worlds at Fukuoka in Japan between July 16 and August 1.

One of the many logistical headaches caused by the historic postponement of the Tokyo Olympics has been the uncertainty around the Athletes’ Village overlooking Tokyo Bay.

Touted by developers as a “flagship neighbourhood for urban lifestyles”, the buildings housing the 11,000 competitors were to be hastily repurposed into more than 4,000 condos with stunning city views, some carrying a price tag of 170 million yen ($1.5 million).

When asked about how a postponement might affect the Village and its conversion, Bach said: “I cannot tell you what the situation is.

“It’s one of the many thousand of questions the taskforce has to address.

“It’s the Olympic Village (where) the heart of the Games is usually beating.”

Bach, who was part of West Germany’s gold medal-winning foil fencing team at the 1976 Olympics, added: “Of course, I’d be very, very delighted if we could have the Olympic Village in the traditional form.

“Living under one roof with the whole world, sharing your meals together, celebrating together, discussing together, and forming this unique Olympic unity.”

“We have to find the best possible situation under the circumstances that we are living in.”