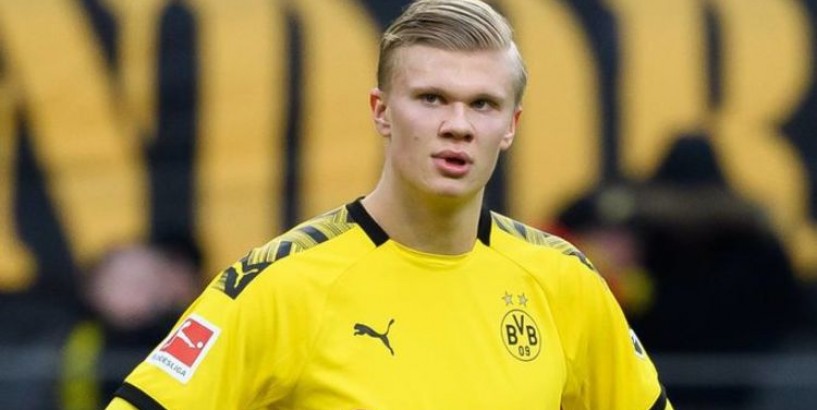 Real Madrid have made Erling Braut Haaland their top target ahead of the summer transfer target, in a move which could directly impact Manchester United 's plans for the upcoming window. Spanish outlet Mundo Deportivo claims Madrid will go all out to sign the Norwegian teenager this summer. Related articles Real Madrid deliver Liverpool transfer blow with Kylian Mbappe plans

Madrid are said to be plotting a move to sign Dortmund ace Haaland in the summer window.

The Spanish giants are on the hunt for a new striker, and are believed to have made the wonderkid their prime target.

Last summer, they spent £54million on signing Luka Jovic from Eintracht Frankfurt, but the Serbian has failed to impress this season.

Therefore, Madrid are set to cut their losses and sell Jovic in order to use the money on a new frontman. Real Madrid have decided to make Erling Braut Haaland their top target (Image: GETTY)

If they are to make an attempt to sign Haaland, it could be good news for United.

That's because Madrid are unlikely to attempt to sign Paul Pogba if they are able to sign the youngster.

Pogba will likely cost upwards of £150m this summer, and therefore he would likely be the only big-money signing Madrid make if they are able to agree terms with United.

Haaland only joined Dortmund in January, costing them just £18m. Since then, however, he has been a revelation, scoring nine goals in his first eight Bundesliga games, including a hat-trick in half an hour on his debut. And his form has seen him earn interest from around Europe, with United and Tottenham both interested.