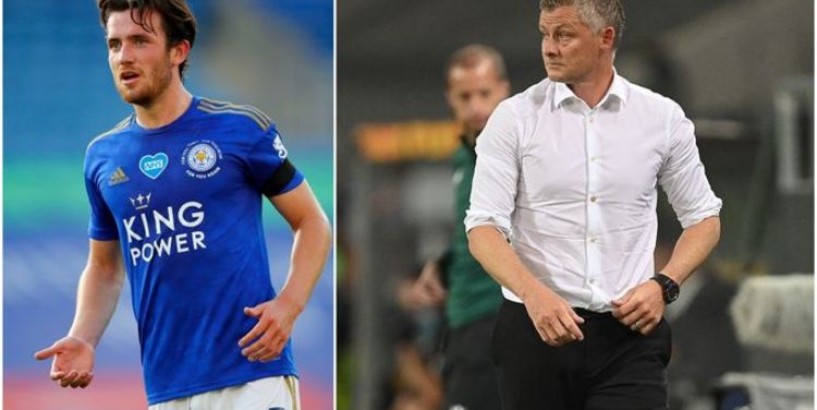 potential line up with Ben Chilwell, Jadon Sancho alternative and one more signing

Manchester United are interested in Leicester City star Ben Chilwell and could battle Chelsea for his signature. Frank Lampard is desperate to bring the England international to Stamford Bridge but Old Trafford officials are monitoring developments. Leicester have told Chelsea they want £80million for Chilwell - the same sum that took Maguire to 'The Theatre of Dreams' last summer - but the Blues are reluctant to meet their valuation.

If Borussia Dortmund hold firm on their stance not to sell Jadon Sancho, then United could divert their funds to further strengthening their defence.

A centre-back to partner Maguire is also being sought, with Lille rising star Gabriel Magalhaes emerging on the radar.

Napoli appear to be in pole position for his signature but need to sell Kalidou Koulibaly first.

While Napoli attempt to raise funds to swoop for the 22-year-old, United could swoop.

A right winger is top of the agenda but Dortmund's hardline stance over top target Sancho could see the club postpone a swoop until next summer.

A cut-price alternative would be sought and tentative enquires have already been made for Bayern Munich 's Kingsley Coman on loan.

Trending Express Sport takes a look at how United could line up next season with Chilwell, Magalhaes and Coman.

David De Gea is likely to continue between the sticks for at least one more season, despite Dean Henderson's meteoric rise on loan at Sheffield United.

The ideal summer for Old Trafford chiefs is to extend Henderson's contract and secure the 23-year-old stopper a loan move for the upcoming campaign.

Aaron Wan-Bissaka is nailed on for a place at right-back, while Harry Maguire is one of the first names on the team sheet after being handed the captain's armband.

A left-footed defender is on the agenda, which is where Magalhaes would fit the bill.

Chilwell would take the left-back role from Shaw, which could spark his potential exit.

It would not be a surprise to see the likes of Juan Mata and Jesse Lingard being moved on.

The loan signing of Coman would see him line up on the right wing, with Marcus Rashford on the opposite flank, while Anthony Martial continues through the middle.

Mason Greenwood would surely get plenty of minutes in a rotation system in a compressed campaign as the football authorities attempt to get back on schedule.