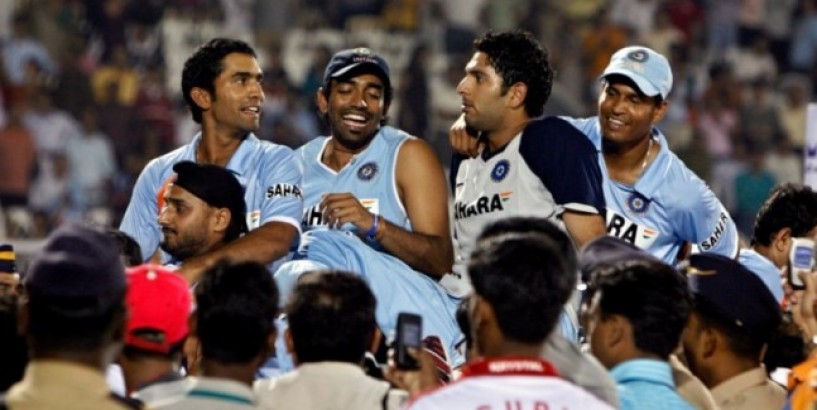 UPDATED: May 22, 2020 09:57 IST Uthappa has asked the BCCI to allow Indian players to play foreign T20 leagues (Reuters) HIGHLIGHTS It does hurt when we're not allowed to go and play: Robin Uthappa on BCCI's policy It would be so nice if we could go and play at least a couple of leagues: Uthappa We're hoping that Sourav Ganguly will look at this at some point: Uthappa

After Suresh Raina and Irfan Pathan, their former teammate Robin Uthappa too has asked the Board of Control for Cricket in India (BCCI) to allow Indian players to play in overseas T20 leagues. It is well known that the Indian board bars its male players from participating in franchise T20 leagues except for their own Indian Premier League (IPL).

During BBC's Doosra podcast, Kolkata Knight Riders veteran Uthappa pleaded the BCCI to lift the restriction so that Indian players can 'learn and grow' as much as possible. Earlier, Raina and Pathan had also argued the same point in an Instagram Live session a few days ago.

"Please let us go, honest to God. It does hurt when we're not allowed to go and play ... It would be so nice if we could go and play at least a couple of others because as a student of the game you want to learn and grow as much as you can," Uthappa told the BBC.

BCCI's policy means that leagues like the Australian Big Bash League (BBL), Caribbean Premier League (CPL), or the upcoming The Hundred competition in England remain an illusion for Indian players. The situation makes it quite difficult for aged players and ones who are no longer in contention for a national spot, to remain relevant and extend their careers.

However, Uthappa hopes that new BCCI president Sourav Ganguly's 'progressive' outlook could do wonders for his cause.

"Ganguly is a very progressive thinking human being, someone who has always looked to take India to the next level. He actually laid the foundation for where India cricket is now. We're hoping that he will look at this at some point," said Uthappa.

It should also be noted that while the male cricketers are barred by the BCCI, their female counterparts are not bound by the same rules. Smriti Mandhana, Harmanpreet Kaur and a few others have already played in the Women's Big Bash League in Australia and the Super League in England. The Board has also time and again declined to issue No-objection Certificates (NOCs) to male players like Yusuf Pathan and Harbhajan Singh, who had intended to join foreign leagues. IndiaToday.in has plenty of useful resources that can help you better understand the coronavirus pandemic and protect yourself. Read our comprehensive guide (with information on how the virus spreads, precautions and symptoms), watch an expert debunk myths , and access our dedicated coronavirus page . Get real-time alerts and all the news on your phone with the all-new India Today app. Download from Do You Like This Story? Awesome!