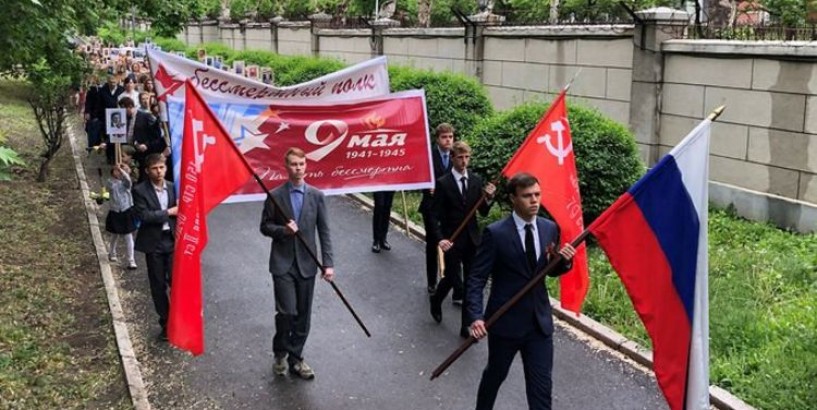 The unlikely support comes as North Korea has begun setting up a quarantine facility for the virus despite reporting no cases.

Related articles China accuses Trump of ‘shirking’ responsibilities Jeremy Corbyn attacks Boris over 'absurd & bizarre' coronavirus move In a statement during the World Health Assembly, North Korea’s delegate said WHO member states should be "wary" of countries that are trying to use the "catastrophe for their impure political purposes".

The North Koreans didn't mention any country by name but said it was an "expression of irresponsibility" to blame the WHO or one of the member states for the outbreak if a country ignored "the warnings of WHO with no proper action."

In addition, North Korea supported the assemblies resolution to launch an evaluation of the virus post-pandemic, but added that such topics as "someone's responsibility" or Taiwan's membership in the assembly were inappropriate.

The North Koreans claimed this deviated from what should be the focus of the discussion, which was a collaborative response to the coronavirus.

In a statement during the World Health Assembly, North Korea’s delegate said WHO member states should be "wary" of countries that are trying to use the "catastrophe for their impure political purposes." (Image: PA) North Korea claims to have not had a single case, a success the delegation attributed to Supreme Leader Kim Jong Un's "prominent leadership."

Experts are skeptical of North Korea's zero case claim, with Jung Pak, a former CIA analyst and North Korea expert with the Brookings Institution, told USA Today it's a "near impossibility" that the country has no infections.

Bruce Klingner, an ex-CIA deputy division chief for Korea, also said it was "hard to believe" there weren't any cases but noted that it's possible the outbreak was limited.

Unlike the information about mass graves that came out in the 1990s, when an estimated 2 million to 3.5 million North Koreans died, Klingner said people aren't hearing about "bodies being stacked like cordwood."

Worldwide coronavirus cases as of Wednesday May 20 (Image: Express) Related articles China pledges $2 billion to WHO and supports virus investigation Trump threatens permanent freeze of WHO funding in MAJOR blow President Donald Trump and other US officials have been severely critical of the WHO's response to the coronavirus outbreak.

Health and Human Services Secretary Alex Azar said in his statement at the assembly that one of the primary reasons the outbreak "spun out of control" was the WHO's failure to "obtain the information the world needed."

Azar also claimed at least one member state "made mockery of their transparency obligations" in an attempt to conceal the outbreak, thereby creating "tremendous costs for the entire world."

It’s most likely the Azar was referring to China, as the US has been at loggerheads with the nation over COVID-19.

WHO member states adopted the proposal with no objections during the World Health Assembly meeting on Tuesday, after the European Union and Australia led calls for an investigation.

WHO officials have acknowledged that there would likely be lessons to be learned from the outbreak, and director Tedros Adhanom Ghebreyesus said Monday he would initiate an independent review "at the earliest appropriate moment."

However, he has denied claims that the organisation failed to properly warn the world about the threat posed by the new coronavirus.

Health and Human Services Secretary Alex Azar said in his statement at the assembly that one of the primary reasons the outbreak "spun out of control" was the WHO's failure to "obtain the information the world needed." (Image: PA) Trending North Korea has also urged UN member states to “immediately withdraw” trade restrictions and sanctions against it, arguing that the move would help facilitate global cooperation in tackling the COVID-19 epidemic.

The country has condemned governments that “politicise” the provision of aid, appearing to side with China in its growing dispute with the US over the origins of the novel coronavirus.

“All kinds of discrimination and politicisation in providing assistance” should be brought to an end, it continued, for the sake of global solidarity and mutual cooperation.