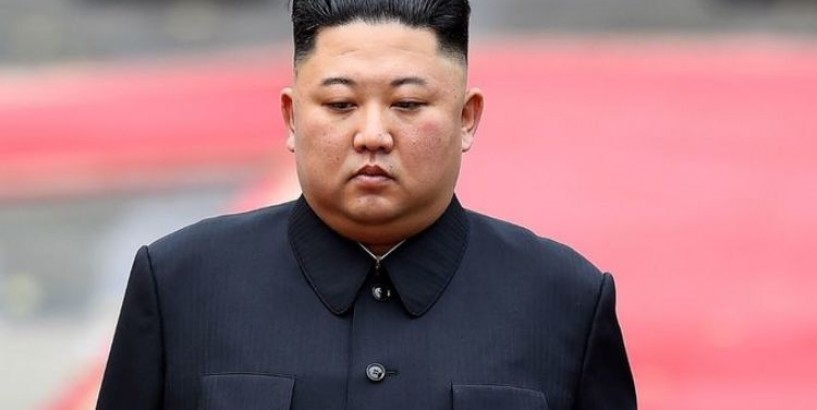 North Korea's missile was launched from a ship in the East Sea earlier this month but has only been revealed now. The exact missile is unknown but officials have suggested the type of missile had been tested previously.

Trending According to Seoul officials, the missile flew almost 100 kilometres.

Joint Chiefs of Staff spokesperson Col Kim Jun-rak said: “We see this as part of the North’s regular maritime exercise.

“We are closely monitoring the North’s military moves and maintain a tight readiness posture.”

The summertime exercise began earlier this month and is under way.

North Korea has fired a mysterious ship-based missile from waters off its east coast (Image: getty)

Kim Jong-un is beefing up North Korea’s military defence capabilities (Image: getty) According to officials, the program usually lasts until around August.

Cruise missiles fly at a low altitude and nearly skim the sea making them hard to detect.

The country is focusing on developing conventional weapons as denuclearisation talks with the US have stalled.

In June, tensions escalated between the north and south when Pyongyang blew up an inter-Korean liaison office.

Kim Jong-un said North Korea will no longer need to fight wars due to its nuclear forces (Image: getty) North Korea threatened to take military action after being enraged when anti-regime leaflets were sent via balloons from the south.

This week, North Korean leader Kim Jong-un said he believes his country will no longer need to fight wars as its nuclear forces will guarantee its safety.

North Korean state media reported that Mr Kim said: “With our reliable and effective self-defensive nuclear deterrent, there will be no more war on this earth, and our country’s safety and future will be secured forever.”

Mr Kim said nuclear weapons would allow North Korea to defend itself “against any high pressure and military threats of imperialists and hostile forces”.

North Korea has framed its pursuit of nuclear weapons as purely defensive for many years.

Talks between the US and North Korea have failed to make any progress (Image: getty) Related articles North Korea emergency: Worrying reason Kim admitted COVID outbreak North Korea fears: Kim's plan to use 'number of nukes on US' exposed The country has said the arsenal is meant to deter attempts at invasion or regime change.

North Korea has also accused the US of employing a “hostile policy” against Mr Kim’s regime as nuclear talks between the two sides have failed to make any progress.

In a statement, Mr Kim said: “We would like to make it clear that it does not necessarily mean the denuclearisation is not possible.

“But what we mean is that it is not possible at this point of time.

“I remind the US that the denuclearisation on the Korean peninsula can be realised only when there are major changes made on the other side.”