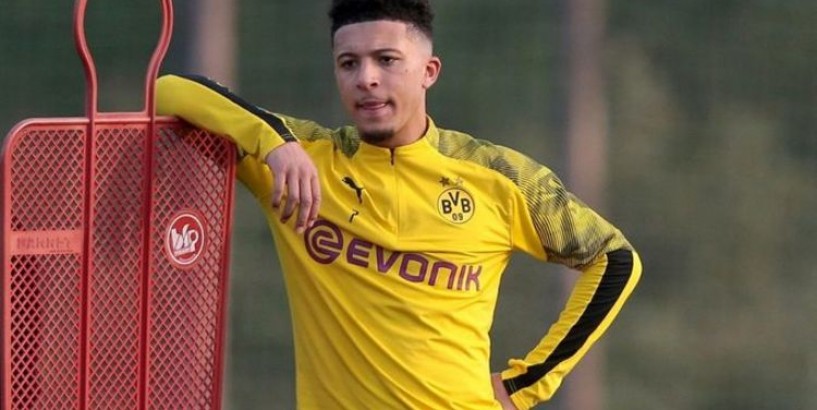 news: Jadon Sancho tipped to join after one more season at Dortmund

Jadon Sancho has been challenged to prove he is worth the hype next season if he stays at Borussia Dortmund for another year.

And it is those statistics which have led to Manchester United making a concerted effort to sign him this summer.

But United's efforts have been rebuffed by Dortmund, who have confidently declared the 20-year-old will be staying in Germany for at least another season.

United are expected to test Dortmund's stance with an improved offer but as it stands, the Premier League side look set to be disappointed.

Will Jadon Sancho be on the move this summer? (Image: GETTY) However, Liverpool legend John Barnes believes another year in German football will ultimately lead to Sancho getting a transfer in 2021.

“I don’t think one more years’ experience in Germany will hurt him at all," Barnes told BonusCodeBets.

“It’ll give him a chance to show that he can perform consistently.

“If he has another good season then Manchester United will probably pay the money for him next year, as he’s still young enough.

"So, having another year to play and grow in Germany, with less pressure, is not a bad thing.

“Being upset that he didn’t go to Manchester United and wallowing in a bad attitude would not be the right thing for him to do now.

Related articles Ed Woodward warned to not miss out on Jadon Sancho 'bargain' Man Utd manager Ole Gunnar Solskjaer admits he faces keeper decision United boss Ole Gunnar Solskjaer has made clear to executive vice-chairman Ed Woodward that he wanted Sancho in this transfer window and Barnes feels they can have no complaints if they fail to sign him.

“Jadon Sancho has to play for the team whose paying him," he added.

“If Manchester United wanted him then they should have paid the money; if they don’t pay the money, they can’t get him.