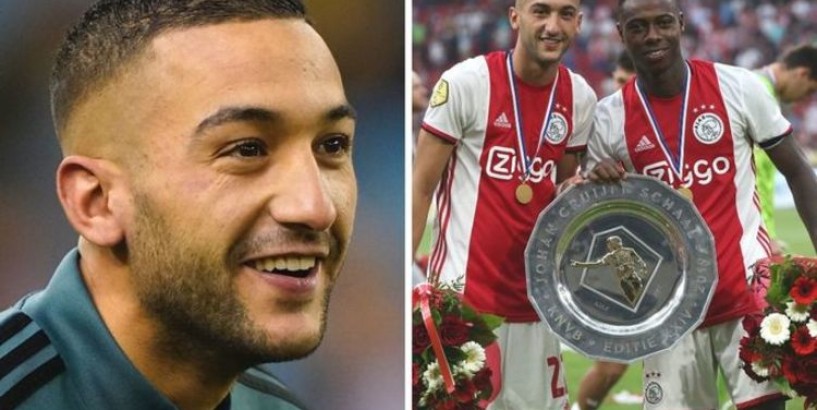 Chelsea new boy Hakim Ziyech has paid a classy tribute to Ajax as he gets set to end his Amsterdam adventure and make the move to west London. The Blues hammered out a deal with the Eredivisie giants earlier this year for Ziyech to join them this summer. Related articles Chelsea put Everton star Jordan Pickford on transfer wish list

The swoop is expected to prove a real coup, with Ziyech regarded as one of the top playmakers in Europe having shone during his spell at the Johan Cruyff Arena.

The 27-year-old scored six goals and provided 12 assists in 21 appearances for Ajax before the Eredivisie campaign was voided due to the impact of the coronavirus pandemic.

Ziyech has really enjoyed his four-season stint at Ajax and he's now sent a classy message to the club as he gears up to finally touch down at Chelsea.

"The last four years were amazing," Ziyech wrote on Instagram , alongside a series of images from his time in Amsterdam.

"I don’t even know where to start for expressing how I’ve experienced this journey. I guess making the Europa League final, making the Champions League semi-final, winning the Johan Cruijffschaal, winning the KNVB Beker, winning the Eredivisie and becoming football player of the year says enough about how beautiful these years were.

"I want to thank everyone at Ajax for making this next step possible. You have all played a part in my progression over the last years.

"I hope you are proud of that, at least I’m proud to have worn the jersey of the best team in the Netherlands. Until we meet again."

Ziyech's touching post came weeks after he showed another glimpse of his class by handing over shirts to youngsters at Ajax's training ground.