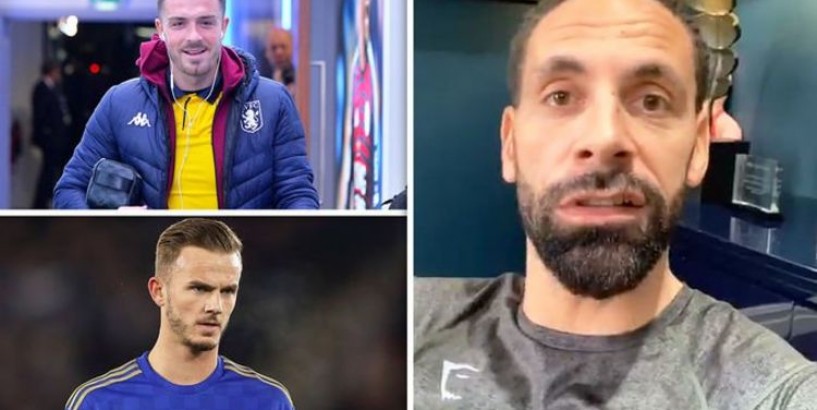 Ferdinand is a fan of both players and wants to see them teaming up at international level with England.

But he believes Grealish would give more to the current United team than Maddison would.

"Oh they're very different, Maddison's a great passer, sets up great goals, great from set-pieces, good mover, gets his shots off, assists well as well.

"The difference with Grealish, he does all of that but he can dribble, he can manipulate, he can drag people to him, he can bring two or three players to him which gives someone else space.

"And I think in a big team, when you've got a player who can manipulate and unease the opposing players and defenders by dragging them out because they know what he's capable of, the space that gives others it just opens the game up man.

"For that reason, that's why I'd probably veer towards Grealish if I'm honest.

Can you name every Premier League winning starting line-up? [QUIZ]

"I think for England as well, it would be nice to get them both in, but if I had to pick one of the two for England, I'd probably go for Grealish."

Meanwhile, Ferdinand reckons Timo Werner would improve both United and Chelsea if the German does not end up at Liverpool.

Ferdinand added: “As well as [Divock] Origi's done, the Champions League exploits, I still don't think he's really... I'd want more than that if I was Liverpool.

"I think Timo Werner would go in there and think, if I was him I'd think 'I don't think [Mohamed] Salah's going to stay here for that much longer, [Sadio] Mane might get bought out of here as well, so I'll get my chance that way but also I think there's enough games in a season to get games and when I get them I make an impact and try and push my way in'.

Man Utd news: Jack Grealish and James Maddison are both linked with moves to United (Image: GETTY) READ MORE Real Madrid turned down chance to sign Fernandes because of one star

"But there's other clubs, Chelsea I think are interested it's being reported, he would be massive for Chelsea, an unbelievable signing for Chelsea.

"But we have to see, I think United would go for him as well, I think he would be great for Manchester United, definitely.