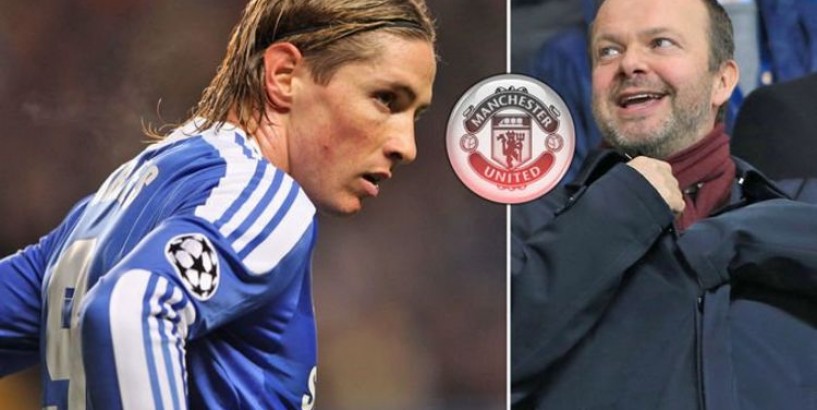 news: Ed Woodward has signed his own Fernando Torres - and now has problem

Back in 2018, Manchester United chief Ed Woodward saw the pound signs and went for Alexis Sanchez . Despite the player looking a shadow of his old self at Arsenal in the months before his move to Old Trafford, the Red Devils decided to make a significant statement. But he’s gone the same way Fernando Torres did at Chelsea - and now Woodward will struggle to find a buyer for the Chile international this summer.

They’d seen Torres struggle at Liverpool in the months before, with the Spain international only managing nine goals from 26 games - having managed to score 22 goals from 32 matches a year previously.

It was clear he was struggling to recover from hamstring injuries that had started to rear their head.

But Chelsea decided to go after Torres anyway - and made him the most-expensive signing in British football history in the process.

At the time the Blues regarded it as a coup.

They’d seemingly done the impossible, signing Liverpool’s talisman and their own truly great asset - other than captain marvel Steven Gerrard.

But, though Torres did help the Blues win the prize manager Roman Abramovich wanted the most, he never scaled the heights many expected.

He scored 45 times from 172 matches when, considered he cost them a cool £50million, wasn’t good enough.

And United have their own version of the former Liverpool and Chelsea star on their brooks at present.

Sanchez was viewed as a game-changer within the footballing world when the Chile international swapped Arsenal for Old Trafford over two years ago.

The hype was real. Fans instantly snapped up his shirt, one that had the club’s famous No 7 on the back.

Man Utd transfer news: Ed Woodward faces a fight to get rid of Alexis Sanchez (Image: GETTY) Related articles Man Utd boss Solskjaer could be about to sign his own Keane Man Utd boss Solskjaer may have signed the next Mbappe READ MORE Man Utd chief Woodward makes transfer decision because of Di Maria There was the piano announcement, too, with Sanchez cornily treating supporters to his own rendition of ‘Glory Glory Man United’.

The 31-year-old, like Torres, was on the wane when he arrived.

He’d found the net just eight times for Arsenal prior to his move away, having hit 30 across all competitions the previous year.

Yet Sanchez has turned out to be an even worse signing for United than Torres was for Chelsea nine years ago.

He scored just five times from 45 matches for the club before being loaned out to Inter Milan following a clash with Mason Greenwood at their Carrington training complex.

That was the final nail in his United coffin.

could sign four free agents to save millions in transfer window

In deciding to give the forward a huge salary of £400,000-a-week, he’s made it almost impossible to move the flop on.

Nobody is willing to pay Sanchez the same lofty wage. Given how bad he’s been at Inter - he’s scored just once from 15 games - anybody who did would be a fool.

They could be stuck with him. It’s a genuine possibility.

And that’s bad. Sanchez is a shadow of the player he used to be, with the magic he once possessed long gone. A parting of the ways is needed - but will it happen?