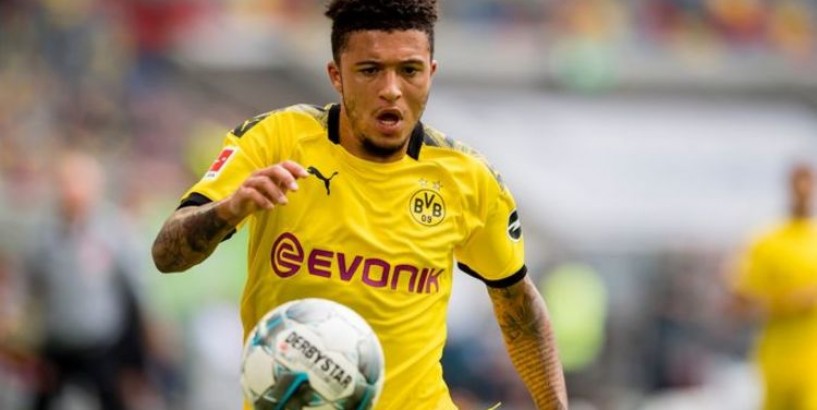 Alexis Sanchez and Jesse Lingard could be first out of the Old Trafford door as United look to free up space in their squad and funds.

Sanchez currently earns a mammoth £400,000-a-week and is on loan at Inter Milan.

Lingard has fallen down the pecking order at United and the club are ready to accept bids in the region of £20m for the England international.

Sancho has been in sensational form this season for Dortmund, netting 20 goals and providing 20 assists for his team-mates.

Dortmund are refusing to budge on their valuation of the England winger as a result and want in excess of £100m is he is to leave the Bundesliga.

JUST IN: Chelsea may have four superstars in Frank Lampard's squad next season

Like most other clubs, United have been impacted by the coronavirus pandemic and as such Woodward has informed Solskjaer he must look to sell before he can buy, according to the Mirror .

Sancho is desperate to leave Dortmund for a return to the Premier League with United his preferred destination.

As well as Sanchez and Lingard, Chris Smalling, Phil Jones and Andreas Pereira could all leave Old Trafford.

The hardest man to get rid of will be former Arsenal ace Sanchez who has been a complete flop since his switch to the club.

Roma want to permanently sign Smalling after a successful loan spell this season in Serie A for the centre-back.

An agreement which could be triggered could mean a guaranteed £10m for the Red Devils.

United would also expect around £15m for Jones which would help offset the mammoth asking price Dortmund are demanding for Sancho.

The 20-year-old would want wages of £170,000-a-week at Old Trafford should Woodward green light a move.

Solskjaer has admitted no transfer decisions will be made until they know the extent of the impact caused by coronavirus.

"We'll need to wait and see how things are panning out to know the real effects of the pandemic, to know what sort of financial state we are in," Solskjaer said.

"You will see some teams invest and some teams don't. We’ll have to take a big look at things ourselves to see how hard we’ve been hit.

"It’s not for me to say we are going to have X amount because I don’t really know.

"We are a financially strong club, but we are also probably being hit more than anybody else."