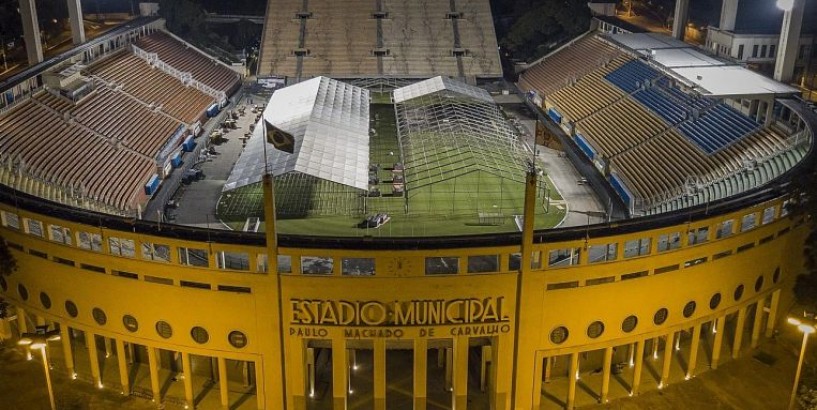 SAO PAULO • The costly football stadiums Brazil built and refurbished for the 2014 World Cup are finding new life as health centres for patients with coronavirus.

Local governments have started signing agreements to use the stadiums - once destined for star-studded matches - as makeshift hospitals to help deal with an expected surge of Covid-19 cases.

With football in the country suspended until further notice, more than half the clubs in Brazil's Serie A have given up their stadiums as authorities in densely populated Sao Paulo and Rio de Janeiro seek to expand hospital capacity to deal with the pandemic.

"In this grim moment, I wanted to invite our great Red and Black nation to renew hope and work for better days. Let us take care of our elders, help those who need it most," he wrote to supporters.

Authorities in Sao Paulo - Brazil's biggest city - said they would install 200 beds in a field hospital at the Pacaembu municipal stadium. Work is already underway at the venue - where legend Pele played hundreds of matches for Santos FC.

Two of the city's big clubs were also lending a hand. Santos announced that a temporary clinic would be set up in one of the lounges inside its Vila Belmiro stadium while Corinthians said they have made their Itaquerao stadium, one of the World Cup venues, and their training headquarters available "so that the authorities can evaluate how they can be used to combat the spread of the disease".

Last Monday, a line of people were seen snaking around the outside of the Allianz Parque, home of Palmeiras in Sao Paulo. But these were not fans - they were high-risk Brazilians spaced 3m apart and there to get flu vaccination.

For Brazilians, it is a useful transformation of structures dubbed white elephants that later became symbols of corruption.

In 2014, the idea of Brazil spending US$11 billion (S$15.7 billion) to host the World Cup was a contentious one, with people arguing that a nation struggling to provide basic health care, education and even sewage has no right diverting resources to a football tournament.

As construction began, the staggering price tag for the stadiums fuelled a frenzy of protests. One common chant was "we want hospitals with Fifa standards".

Brazil has over 4,000 confirmed infections and more than 130 deaths. Last week, Health Minister Luiz Henrique Mandetta predicted the virus would reach its peak between next month and June, with a drop in infections from September.

He warned the health system in the country of 210 million people could reach saturation by the end of next month.