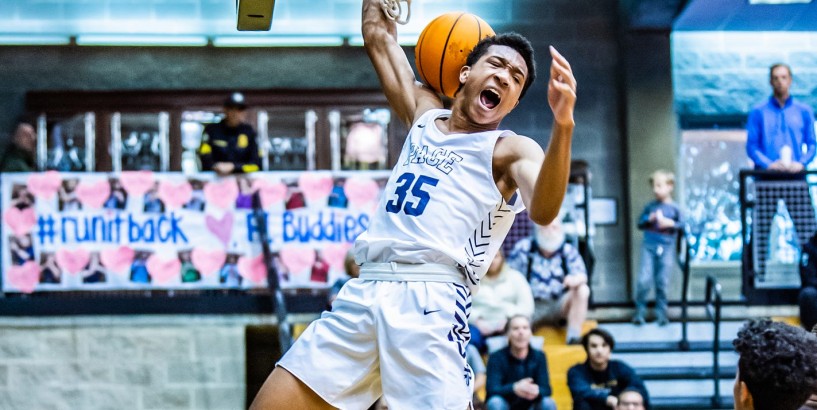 Michigan basketball made a splash on the recruiting trail last week by landing a pair of commitments. And the Wolverines are squarely in contention for other top targets, too. Warrenton (Virginia) Highland point guard Angelo Brizzi included Michigan in his top eight Monday night, along with Arizona, Villanova, California, Northwestern, Colorado, Dartmouth and Davidson. A four-star prospect and the No. 117 overall recruit, according to the 247Sports Composite rankings, Brizzi saw his recruitment explode this spring as he reeled nearly 10 high-major offers. He reported an offer from the Wolverines on May 8. As a junior, Brizzi averaged 20.3 points, 6.6 assists, 4.2 rebounds and 3.2 steals in 30 games while shooting 47% from the field and 35% from 3-point range. Michigan also made the cut for another top target last month when four-star wing Matthew Cleveland included U-M in his top five on June 29, in addition to Florida State, Kansas, North Carolina State and Stanford. Cleveland is regarded as one of the top players in the 2021 class. According to the 247Sports Composite rankings, he is the No. 24 overall recruit and the No. 3 shooting guard. He averaged 22.3 points, 8.1 rebounds, 2.9 assists and 2.9 steals in 31 games as a junior, shooting 60% from the field and 43% from 3. The Wolverines' 2021 class currently ranks No. 3 nationally with three commitments in four-star wing Isaiah Barnes, three-star forward Will Tschetter and four-star guard Kobe Bufkin. Barnes committed in late June while Tschetter committed last Monday and Bufkin committed Friday afternoon. Other prospects such as five-star wing Harrison Ingram and four-star guard Jalen Warley have included Michigan in their top-10 lists. U-M's 2021 class is expected to be large. Without any attrition, the Wolverines are projected to have five open scholarship to be filled via recruiting or transfer pickups. With three verbal commitments, there are still two open scholarships based on the current roster situation. Contact Orion Sang at osang@freepress.com @orion_sang . Read more on the Michigan Wolverines and sign up for our Wolverines newsletter .