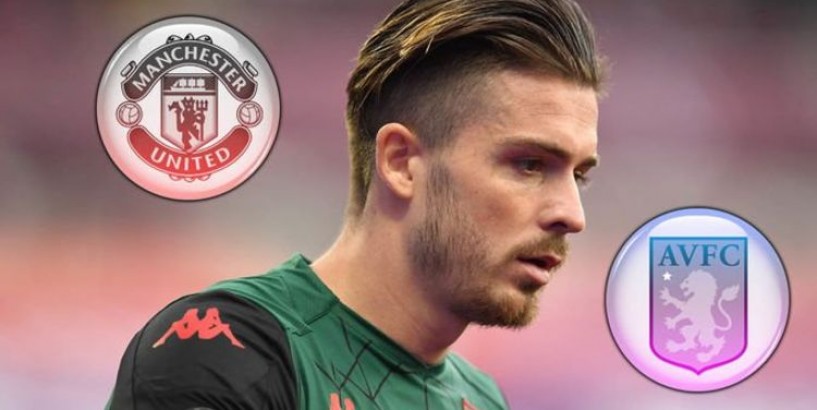 Manchester United have told Jack Grealish he won’t be a certain starter if he moves to Old Trafford this transfer window, reports say. remains keen on signing the Aston Villa star, despite claims interest has cooled. But whether they’re able to land the 24-year-old is something only time will tell.

Related articles Man Utd owners the Glazers set transfer budget What Man Utd boss Solskjaer told Woodward in transfer discussion According to The Independent , United are still keen to sign Grealish this transfer window as they eye the Premier League title next season.

The 24-year-old impressed under Dean Smith this term, with his goal against West Ham on Sunday enough to keep his side in the top flight for another year.

Yet should he move to United, he reportedly won’t be a starter.

It’s claimed this has been communicated to Grealish, who is expected to leave Villa this summer for a new challenge elsewhere.

He grew up supporting United as a child, with old posts on his Twitter account showing him to have been a huge fan of the Red Devils.

Man Utd are targeting Jack Grealish this summer (Image: GETTY) Related articles How Man Utd may line up in 2020/2021 - with Woodward likely to sign 3 Man Utd owner Glazer risking Solskjaer frustration over Sancho deal READ MORE Barcelona keen on shock move for Man Utd flop ahead of summer But United will find Villa tough negotiators, with Smith determined to get a fee in the region of £75million for their prized asset.

As things stand, Solskjaer’s side won’t be meeting that asking price.

They’re instead saving funds for Borussia Dortmund’s Jadon Sancho, with Solskjaer hellbent on landing the England international this summer.

But United are hopeful of landing Grealish nonetheless and, should he sign, he’s poised to challenge Bruno Fernandes and Paul Pogba for a starting berth.

Meanwhile, former Villa striker Andy Gray believes Grealish would be a good fit at United should he make a stunning summer move to Old Trafford.

Man Utd boss may have signed the next Nani

Man Utd boss is determined to seal Jack Grealish transfer (Image: GETTY) Related articles Man Utd have two striker targets after securing Champions League What Man Utd boss Solskjaer did in dressing room after Leicester win READ MORE Man Utd boss may sign his very own Ji-Sung Park "For me I obviously hope Jack Grealish stays at Aston Villa but it's up to him, it really is up to him," Gray said on beIN SPORTS.

"Oh yeah, course he is [good enough for United], no-brainer at all.

"He would be a better player in a better team in my opinion because not so much will be expected of him.

"He won't go onto a football pitch every game like he does now and thinks: 'If I don't play, we're going to be struggling today'.

"He'll go in with other terrific players and not so much will be expected and I think that will make him a better player. I'm actually talking him out of Aston Villa, aren't I!

"If Jack Grealish came up tomorrow and said 'I've done my bit this season, for the rest of my career I need to go and test myself at the highest level, I need to spend the next four or five years where I'll be at my peak, seeing how good a footballer I can really be', I would have absolutely no problem with that at all.

"It's a little bit like when Dwight Yorke left - been there 10 years, decided to move to Manchester United, no one begrudged Dwight that, certainly no proper supporters."

As well as Sancho and Grealish, United could sign a defender and striker.

Solskjaer admires Kalidou Koulibaly and Nathan Ake, while Moussa Dembele continues to be monitored over at Lyon.