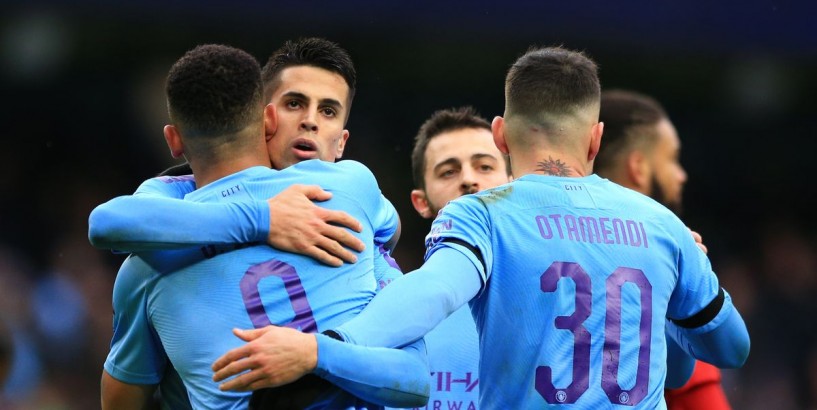 Share By Joe Bray 06:00, 29 MAY 2020 Sport opinion Joao Cancelo has to rise to Pep Guardiola's challenge to save his Man City career. City Manchester City are already in the middle of a two-year transfer saga involving Leroy Sane, and are at risk of being stuck with another this summer.

Reports say City will look to sell Joao Cancelo after just one season and bring in a replacement. Rumours of a possible three-way transfer deal involving Nelson Semedo and Lautaro Martinez have not gone away, and on the face of it, this is a deal that would suit City.

They would be getting rid of a player who has struggled in his first season, and gaining a full-back more comfortable with Pep Guardiola's passing style. Cancelo would be returning to Inter Milan, via Barcelona, where he has impressed before and would get the chance to move on in his career.

But recent reports have painted a muddier picture of this supposed deal.

Some say City aren't that interested in Semedo, or that the club are concerned they would be making a loss on Cancelo following his £58m move last summer. Other reports say Barcelona could use Semedo to sign Miralem Pjanic of Juventus, rather than Martinez at Inter. The longer this saga goes on, and the more clubs that apparently become involved, the less helpful swapping Cancelo for Semedo becomes.

There is one way to avoid getting dragged into a summer of uncertainty around Cancelo, though - give him a second chance at City next season.

Sane, Foden and Laporte in - predicted XI for Man City's first game back Pep Guardiola told who to name as next Man City captain - by former club skipper The Portuguese's season hasn't been a complete write-off, with only Kyle Walker making more appearances among Guardiola's full-backs. He played in each of City's Champions League group games, as well as starting in big games against Chelsea and Manchester United (twice).

But he wasn't in the squad for the Carabao Cup final after playing in each round until that point, and he has only started eight Premier League games.

Guardiola was open about what Cancelo must do to get more playing time, especially in the league, before the season was suspended.

"Be himself, open-minded, listen, try to do his best," Guardiola said in March. "We are here to help him. The normal things I want for all the players. It depends on him. I can suggest but the players have to decide the rest."

Man City know their new centre-back hierarchy for the rest of the season Sign up for our free Man City email newsletter City might have done little to play down rumours of Cancelo's exit in January, and now with the Semedo links, but there is clearly a talented player there. Guardiola should only look at Riyad Mahrez's improvement in his second season at the club. Some players just need time to adapt.

Cancelo averages more tackles, interceptions, clearances and blocks than Walker, as well as holding a slightly better pass success rate than the no.2 - even if he makes less passes per game.

So if Cancelo is ready to rise to Guardiola's challenge, there could still be a place in the City squad for him next season. And he would save Guardiola a headache in the transfer market trying to work with two other clubs to replace him.