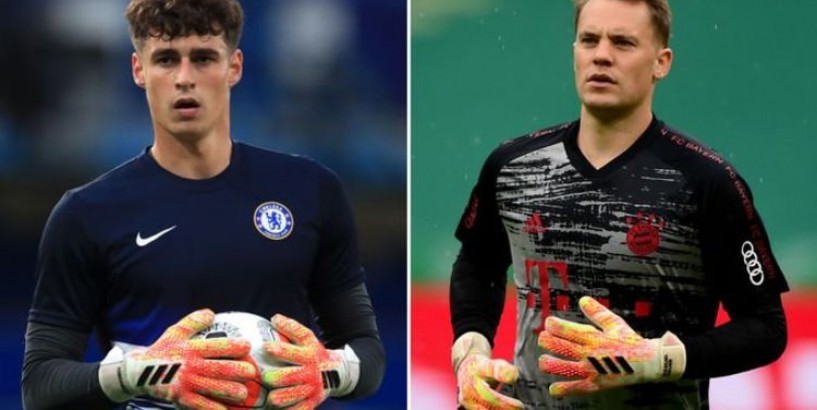 The Blues are on the hunt for a new No 1 with Frank Lampard dissatisfied with Arrizabalaga.

Having dropped the Spaniard for four Premier League games in February, the 25-year-old was also benched against Wolves on Sunday.

Back-up keeper Willy Caballero took his spot and kept a clean sheet as Chelsea clinched a 2-0 win that will ensure they have Champions League football next season.

Lampard's side have the FA Cup final against Arsenal to look forward to this Saturday (5.30pm kick-off) too as they seek to crown the campaign with silverware. Chelsea make four-man Kepa Arrizabalaga transfer replacement list - Manuel Neuer included (Image: GETTY)

And Argentine veteran Caballero, formerly of Manchester City, is expected to be trusted between the sticks against the Gunners at Wembley.

Arrizabalaga fears that his Chelsea career is over and Lampard is actively on the look-out for a new shot-stopper as he looks to shore up a back-line that conceded more goals than any other top-half team in the Premier League.

And Express Sport understands that Bayern captain Neuer has popped up as a potential candidate and is among four known targets.

The German only signed a new long-term contract in May that keeps him in Bavaria until 2023, having been the No 1 for Bayern since 2011, winning eight Bundesliga titles since.

In addition to Neuer, who kept 20 clean sheets in 47 games this term including one against Chelsea in the first leg of their Champions League last-16 clash which Bayern won 3-0, Atletico Madrid's Jan Oblak, Nick Pope of Burnley and Ajax ace Andre Onana are options. READ MORE Chelsea injury news: Latest on Willian and Kante ahead of FA Cup final

Oblak, 27, is arguably the best keeper in the world and is regularly compared to Liverpool and Manchester City's first-choice stars Alisson and Ederson.

The Slovenian would however cost in excess of £100million due to a release clause in his contract, while 24-year-old Onana's price-tag is less than £30m.

It is unknown how much Burnley would demand for England international Pope but the 28-year-old has been sublime for the Clarets this term.

His tally of 15 clean sheets from 38 Premier League appearances was only bettered by City's Ederson, who managed 16.

Neuer is by far the oldest option of the quartet and if Chelsea are looking for a player to command the gloves for the foreseeable future, they are presumably more likely to go for a younger alternative, although keepers are well capable of playing up to the age of 40.

Caballero - who has signed a one-year extension to stay at Chelsea - has urged Lampard to keep the faith with his team-mate Arrizabalaga and said: “Of course I hope he stays. Chelsea make four-man Kepa Arrizabalaga transfer replacement list - Manuel Neuer included (Image: GETTY) Related articles