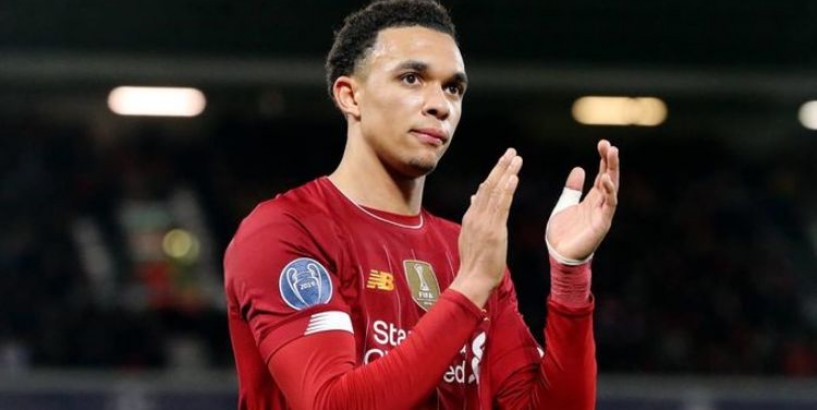 Liverpool youngster Trent Alexander-Arnold is the "finished article" despite being only 21 years of age, and doesn't need to be able to defend due to his ability going forward. That's according to Reds icon Steve Nicol.

Liverpool have the best defensive record in the league, having conceded just 21 times in 29 league games.

And Alexander-Arnold has played a huge role in that feat, having started in 28 of those 29 games.

Liverpool defender Trent-Alexander-Arnold has been compared to Dani Alves (Image: GETTY) His ability going forward has been widely praised, too.

Alexander-Arnold has found the net twice and provided 12 assists, behind only Manchester City attacker Kevin de Bruyne - who has 16.

And Nicol believes the youngster is similar to Barcelona legend Dani Alves, who transitioned into being a midfielder late in his career.

Speaking on ESPN FC , he praised the impact the youngster has had this season.

"It took Dani Alves until his mid 20s to be the best right-back in the world.

"But right now, Trent is the best right-back in the world, and he's 21 years old.

"They're not great at one-on-one defending, but what they do going forward makes up for any inefficiencies defensively.

"Trent Alexander-Arnold going forward is that good, he's the best in Europe."