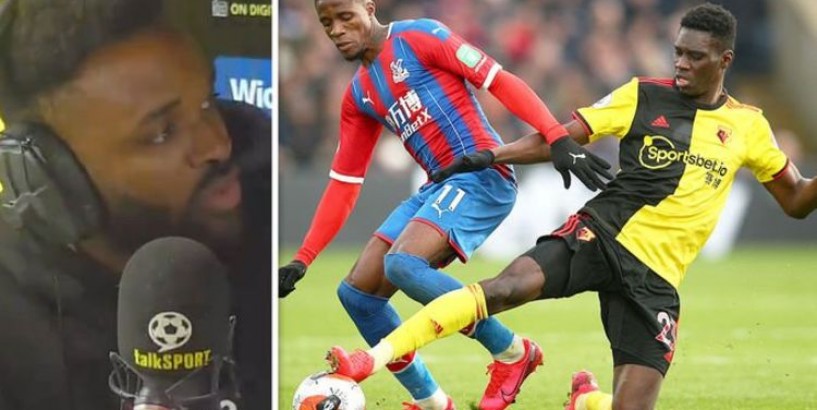 Liverpool transfer news: Jurgen Klopp told who he should sign instead of Ismaila Sarr

Liverpool would be better off signing Wilfried Zaha than Ismaila Sarr, according to former Tottenham striker Darren Bent. Liverpool are linked with a move for Sarr following Watford 's relegation from the Premier League . The 22-year-old Senegal international has spent just one season in England following his club-record £30million move from Rennes.

He scored five goals in his 28 league games, two of which came against Liverpool in the Hornets' memorable 3-0 win over Jurgen Klopp 's side which ended their unbeaten run in the top flight.

Bent is a fan of Sarr, who is international team-mates with Liverpool's Sadio Mane.

However, the pundit believes Crystal Palace forward Zaha would be a better option for a buying club at this point in their respective careers.

Zaha, 27, is keen on leaving Palace after a disappointing campaign for the Eagles.

“I’d rather go with Zaha, just because you know what you’re going to get from him,” Bent told talkSPORT.

“I think he’s been more established in the Premier League, he understands the league and we’ve seen him perform very well.

“I like Sarr as well, I think he’s been brilliant for Watford, but he’s been a little bit inconsistent because he’s still young.

“His pace gets him out of a lot of trouble but he’s a little bit inconsistent in front of goal, he’s missed some big chances.

“So, right now, I’d probably give Sarr another year or so and right now I’d go for Zaha first over Sarr.”

And the 24-year-old was delighted to put pen to paper on a long-term deal at Anfield.

"For me, [it's] the biggest club in the world. It's an honour to be here and I will give my best.

"From the start [of Liverpool's interest] I didn't believe it but after I was very happy to come here and play for this team.

"My brother is a Liverpool fan and he pushed me to come here and sign.

"[As] a kid, I supported Liverpool. For all my family and for my brother, we are very happy for this.

"I think until now he doesn't believe I'm here. Now when he sees the pictures he will understand I've signed here and will be very happy."