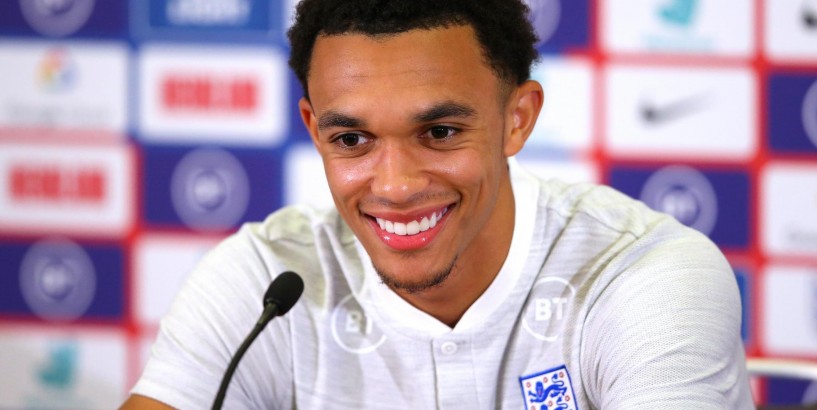 Trent Alexander-Arnold has paid a heartfelt tribute to Jurgen Klopp , claiming that he owes “everything” to the Liverpool manager as he celebrates the four-year anniversary of his appointment at Anfield.Since succeeding Brendan Rodgers in 2015, Klopp has led Liverpool to Champions League glory in Madrid last May as well as their highest-ever league points total, only narrowly missing out on a first top-flight title for 30 years.Klopp can also take a great deal of credit for the emergence of Alexander-Arnold, who has come through the club’s youth ranks and developed into one of European football’s leading full-backs.From extras.Alexander-Arnold’s first league start came as an 18-year-old against Manchester United at Old Trafford in early 2017 and Klopp shown faith in the local-born academy product ever since, with him becoming a first-team regular the following season.When asked what Klopp had done for his career, Alexander-Arnold said: “Everything. Without him who knows what would’ve happened. He’s the one that’s given me more opportunities, more than I can ask for. “He’s put a lot of trust and faith in me personally. I’ve tried to repay him every time he’s done that. Hopefully there will be four more years of success.”Alexander-Arnold added: “I think within his first few weeks he was down at the academy watching the young lads. That gave a bit more faith and a statement to the club he was going to give young players chances. “He has shown over the four years that he has given young players chances. He’s given opportunities and I’m one of the youngsters that’s been given them.”Alexander-Arnold only celebrated his 21st birthday this week but can already call himself a Champions League winner and the youngest player ever to start consecutive European Cup finals.The full-back is now focused on winning more silverware, both for club and country, as he prepares for England’s forthcoming European Championship qualifiers against the Czech Republic and Bulgaria.“The last few years have been a whirlwind,” he said. “It’s all gone so quickly. I never expected things to go so well, but I’ve been blessed enough and lucky enough to be given the opportunities by the right managers and the right time. “I’ve been able to take those opportunities and I’ve been given more. I’m just really grateful for the opportunities I’ve been given. “It’s the same as if you haven’t won a trophy. You want to do more, that determination and hunger to win silverware never dies out.“No matter how many you win, it’ll never be enough for you. You want to keep pushing to get better as a player and as a team. The aim is always to win, that’s the mentality we want at the minute.”