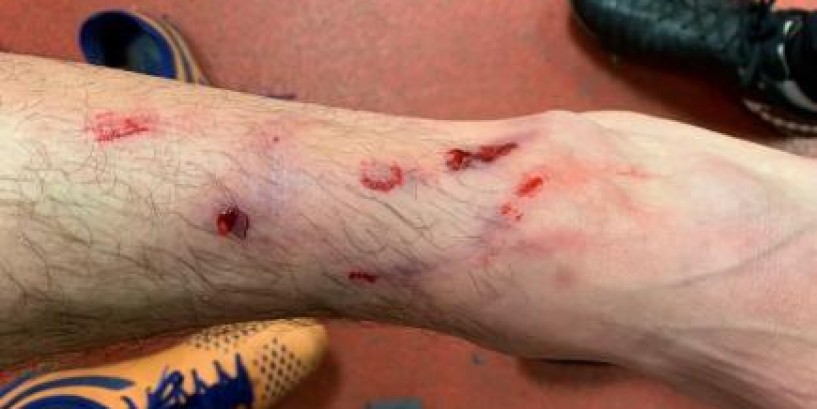 A candid photo from Northampton Town defender David Buchanan has demonstrated just how much damage a mistimed tackle can do.

The 32-year-old was on the end of a poor challenge from Lincoln City’s Harry Anderson in the first half of the League Two fixture between the two sides.

Anderson received a red card for his trouble, before the Cobblers made the most of their man advantage by equalising before half-time.

From the changing room, Northampton’s left-back took a photo of the damage he sustained, writing: “Never touched me apparently”.

Buchanan was able to carry on until full time, but his side were unable to snatch all three points against the league leaders, the game finishing 1-1.

“Nasty but perhaps misjudged more than malicious. Get some ice on it boy,” one fan replied.

The result did not affect the Imps’ position at the top of the table, while Northampton sit 10 points above the relegation zone in 16th.