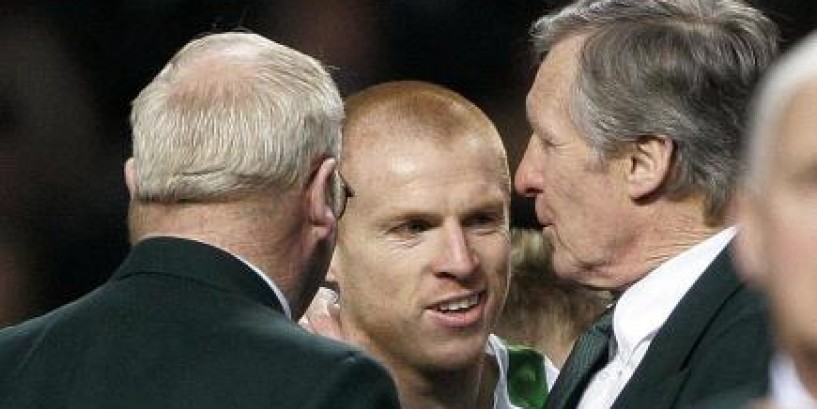 Fans have been gathering around the statue of McNeill lifting the European Cup outside Celtic Park since news broke of their former captain and manager’s death on Tuesday morning.

But their first opportunity to meet in their tens of thousands looks set to come when Celtic host Kilmarnock on Saturday.

Tributes at the statue of Billy McNeill at Celtic Park (Lucy Christie/PA) Neil Lennon’s side are aiming to move within a point of retaining the Ladbrokes Premiership title but the chance to pay tribute to McNeill on a grand scale is sure to make it an even more special occasion for the support.

Tierney told the club’s official website: “As a supporter, you grow up hearing the stories of what Billy and his team-mates achieved, not only here in Scotland but also in winning the European Cup back in 1967.

“That was an incredible success, and the fact that the fans sing a tribute to it in the 67th minute of every match just shows you how much it still means to everyone.

“When we all come to the stadium, the fans and the players, the first thing that welcomes us is the statue of Billy McNeill holding up the European Cup. That’s an amazing sight and it just reminds you what an incredible history that Celtic has.”

The 21-year-old added: “As players, we’re all proud to wear the hoops and we want to make the fans proud of us, just as the Lisbon Lions did back when they played.

“And I’m sure that when all the fans get together at Celtic Park this Saturday, they will have a fitting tribute to Billy, who was always a great supporter as well as being a legend as a player and manager. Real men conquer Europe. God bless.”

Lennon knows the mutual appreciation between McNeill and the Celtic fans will be evident on Saturday.

The Celtic manager said: “Billy was a brilliant Celtic player, and a great manager, and as a player and a fan myself, it was always a great experience whenever I would meet him and chat to him. He was so positive and supportive, and always wanted all of us to do well because, if we did, it meant that Celtic were doing well and, for Billy, that was everything.

“This was his club, and he devoted his professional life to Celtic. In turn, he received the gratitude, admiration and love of every Celtic supporter.

“This is more than a club, with Celtic known throughout the world, and it is because of people like Billy McNeill that this is the case. He was a giant of the game, a true Celtic legend and someone that we will all miss.”