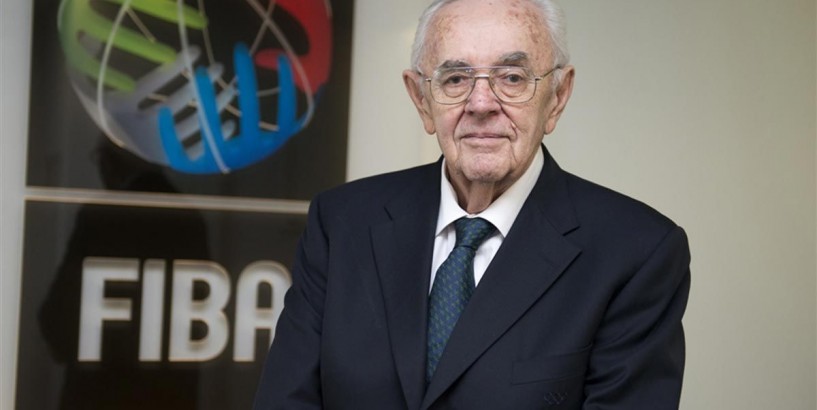 Martelino, now senior consultant with the Samahang Basketbol ng Pilipinas, recalls his initial encounter with Stankovic, who passed away recently at the age of 94 in his hometown of Belgrade in Serbia.

“I was then a candidate for secretary-general of ABC and Mr. Stankovic was present at the ABC Congress in Hong Kong,” Martelino says.

As the election process was coming to a close, Martelino remembers, a friendly delegate from the Hong Kong Basketball Association all of a sudden stood up and declared the Filipino candidate the winner, preempting the official announcement.

Needless to say, the FIBA top executive was furious and castigated the official from HK.

“‘Sit down! Keep quiet!” Martelino recalls Stankovic shouting over the microphone. “‘I’m in charge here! I will make the announcement!’”

Despite the suspense getting taken out of the election, Stankovic proceeded with making the announcement, and Martelino went on to become ABC sec-gen for the next eight years.

The identity of the HK delegate who one-upped Boris Stankovic in his own territory? Martelino says he no longer can remember his name

For his part, Sonny Barrios, executive director of SBP, says Stankovic comes back to mind from when he first met him in March 2012.

Barrios had been appointed to the SBP post the year before and he asked Martelino to accompany him to a FIBA meeting in Geneva when he pays a courtesy call to federation bosses there.

“Nagpasama ako ke Moying dahil wala akong kakila-kilala don e,” says Barrios, who was first introduced to then FIBA secretary-general Patrick Baumann and next to the great man himself.

“Based on his warm welcome for Moying and also for me, I felt he had a soft spot not only for Moying but also for Filipinos and the Philippines,” says Barrios. “Yakapan sila ng mahigpit. He even treated us to dinner, if I remember right.”

The warm relationship between Stankovic and Martelino was plain to see, according to Barrios.

“They call him ‘Bora.’ First name basis lang sila. And I think na-bless din ako nong goodwill ni Moying sa FIBA. That relationship extended to Patrick until his passing (in 2018).”