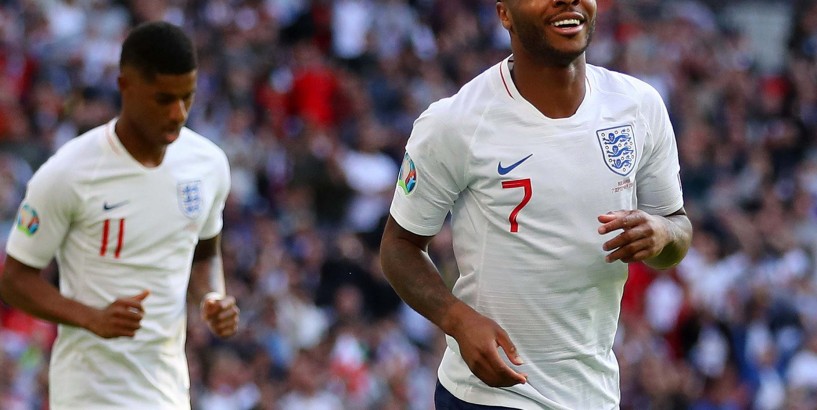 It is becoming increasingly clear that Raheem Sterling is England ’s most important player. The Manchester City winger inspires fear and confusion in opponents. In the 4-0 victory over Bulgaria at Wembley he was a constant menace. Harry Kane might get all the goals – or at least it feels that way – but Sterling’s inventiveness and trickery cause neurosis for defenders. His strange, unpredictable running style means even the best full backs struggle to read his changes of direction. Anton Nedyalkov is not a top-class left back. The Bulgarian had a torrid afternoon. Vasil Bozhikov, the centre half, tried to help his teammate but to no avail. The visiting side’s midfield seemed to make a tactical decision not to get involved in the carnage on Sterling’s wing. It was the easiest way to avoid embarrassment.Even when Sterling appears quiet it does not mean he is ineffective. He came in for criticism during the World Cup last year but good teams adjust their patterns to account for the 24-year-old. It is instructive to note that in the knockout matches in Russia, Colombia and Croatia only began to get a foothold in the game after Gareth Southgate had substituted the winger. Once Sterling had departed, the opposing midfielders could stop looking over their shoulders and worry about their own game.From extras.It quickly became apparent against Bulgaria that England’s midfield understood that their job was to get the ball out wide to the right. Declan Rice pinged an overhit pass into the area within the first five minutes. Ross Barkley had more success, twisting free in a patch of space near the halfway line to fire a diagonal ball to Sterling. The winger’s Bulgarian minders could not cope with the City man. His cross was perfect and Kane finished well but the captain had strayed offside and the effort was disallowed. It was not only the back four that were hypnotised by Sterling. Plamen Iliev was in a position to make a routine clearance when he looked up and saw the winger lurking just outside the six-yard box. The goalkeeper froze at the sight of the England man and rolled the ball compliantly to Sterling. This was all too easy. The winger stroked a pass to Kane, who could hardly miss.