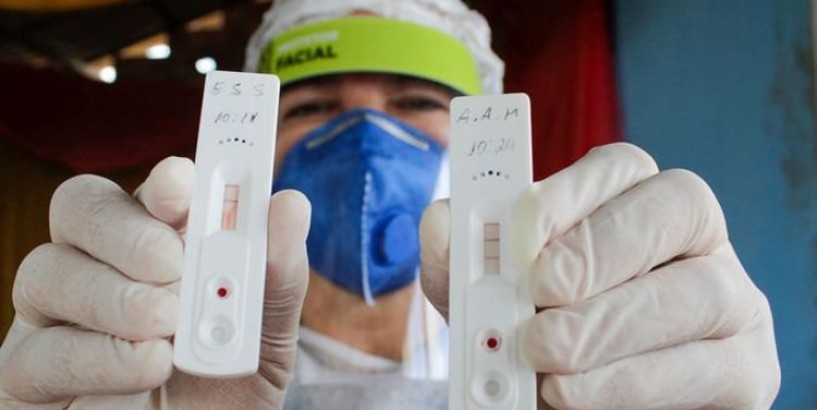 The British pharmaceutical giant has been working with Oxford University to develop a vaccine against COVID-19 in record time. Scientists have previously claimed that is is unlikely that a vaccine will be ready before 2021.

The Cambridge-based firm announced plans last week to scale up production of the vaccine to a billion doses by mid-2021.

It comes as human trials have shown promising signs of development, and the vaccine is now being circulated in larger studies.

Soriot also said he believed 'several' other vaccines would be ready in the autumn.

CORONAVIRUS VACCINES have seen a major boost as AstraZeneca claims ‘several’ will be ready (Image: PA)

AstraZeneca's chief executive, Pascal Soriot, said the company was on track to produce millions of its experimental COVID-19 shot - called AZD1222 - by September. (Image: PA) Speaking at a virtual press conference, the chief executives from the big four pharmaceutical companies said human trials of their vaccines were going 'so far, so good’.

GlaxoSmithKline, headquartered in Brentford, and US drugs giants Johnson and Johnson and Pfizer all unveiled plans today to produce a billion doses of their vaccines next year.

Mr Soriot told the International Federation of Pharmaceutical Manufacturers and Associations (IFPMA) today: “The hope of many people is that we will have a vaccine – hopefully several - before the end of this year.

“Capacity will continue increasing next year, both in terms of manufacturing capacity but also additional vaccines coming.

The UK's coronavirus cases as of Thursday May 28 (Image: Express) Soroit continued: “We could answer before the end of the year.

“That's what we are all aiming at and working hard to achieve.”

Emma Walmsley, CEO of GlaxoSmithKline, said: “I want to reinforce how important it is that we have ideally more than one vaccine....we need multiple billion doses as fast as we can collectively.

“This is, in multiple ways, a collective rival against an unprecedented virus.”

Related articles Coronavirus vaccine: Unprecedented BILLION doses of efficacy Track and trace app: How to get the track and trace app Estimates suggests the world will need around 4.5billion vaccine doses to put an end to the pandemic.

The virus is so hard to track and so easy to spread that experts believe it will continue to spread through the human population indefinitely if a vaccine cannot be found.

The big four companies have agreed to initially sell their 'not for profit' vaccines to countries for the price it costs to make the jab.

But prices will skyrocket when the World Health Organization (WHO) brings the global alert down from the level of pandemic.

Speaking at a virtual press conference, the chief executives from the big four pharma companies said human trials of their vaccines were going 'so far, so good’. (Image: PA)

Estimates suggests the world will need around 4.5 billion vaccine doses to put an end to the pandemic. (Image: PA) Oxford University's Jenner Institute and the Oxford Vaccine Group started development on a vaccine in January, using a virus taken from chimpanzees.

It's a type of immunisation known as a recombinant viral vector vaccine.

Following an initial phase of testing on 160 healthy volunteers between 18 and 55, the study is now set to progress to phases two and three.

It will involve increasing the testing to up to 10,260 people and expanding the age range of volunteers to include children and the elderly.