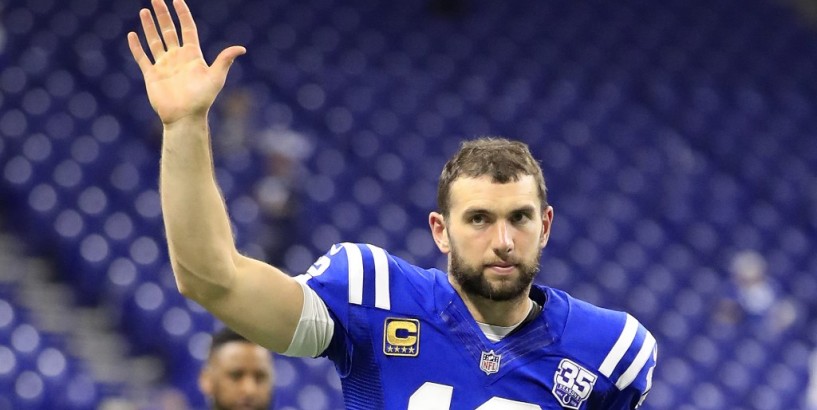 Luck, the number one pick in the 2012 draft, has opted to call time on his career after becoming “mentally worn down”, according to an ESPN report.

In this file photo taken on November 18, 2018 Andrew Luck #12 of the Indianapolis Colts waves to the crowd after a victory against the Tennesse Titans at Lucas Oil Stadium in Indianapolis, Indiana.(Photo by ANDY LYONS / GETTY IMAGES NORTH AMERICA / AFP)

The 29-year-old has been battling a left leg injury during the pre-season which has been described variously as a calf and ankle problem.

ESPN reported that Luck plans to hold a press conference on Sunday to announce the decision.

The Indianapolis Colts made no immediate comment on the report.

Luck’s decision comes after a mixed record in recent seasons.

He suffered an injury to his throwing shoulder during the 2016 season which required surgery.

His rehabilitation from the injury forced him to miss the entire 2017 season but he put in a stellar performance when he returned last year.

He finished second in the NFL for touchdown passes and led the Colts into the playoffs for the first time since 2014.

His play saw him win the NFL’s Comeback Player of the Year award for 2018, and earned him a fourth Pro Bowl selection.