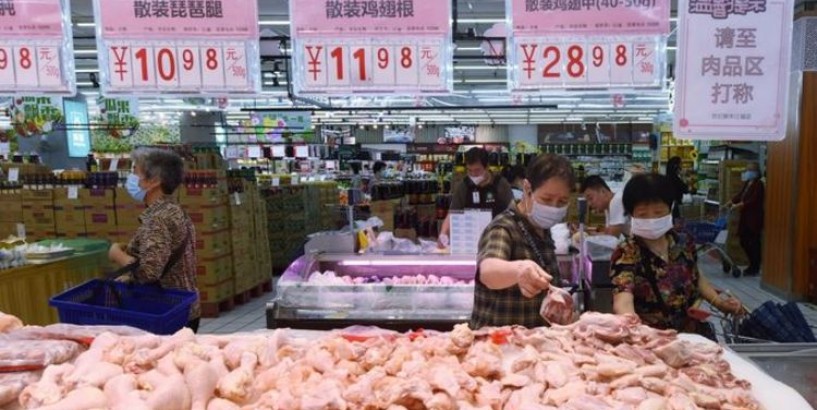 Brazil has asked Chinese authorities to provide evidence of its alleged findings in the chicken wings exported by the South American country, according to a statement sent to Reuters by Brazil’s Agriculture Ministry on Wednesday. Brazilian agriculture delegates demanded the evidence during a meeting in the city of Shenzhen, in Guangdong province, with local health and trade officials on Tuesday, the statement added.

Trending According to the statement, the Chinese officials said health authorities of Guangdong, who were not present in the talks, had the results of the tests.

The Brazilian envoys said they will stay in touch with China’s municipal, provincial and central government’s in order to obtain the results as well as further information about the issue.

The suspension allows the firm to wait until more information regarding the reported contamination is provided.

According to the Brazilian government, Chinese officials at the briefing said three samples were contaminated - one taken from the chicken wings, and two from the packaging of products coming from Aurora’s facilities.

China coronavirus cover-up fears as Brazil demands answers over contaminated chicken wings (Image: Getty) The statement said: “The health authorities in Shenzhen were unable to say whether the findings concerned only the detection of the virus’ genetic material or the active virus, nor were they able to provide further information about the alleged finding.”

The purported positive results resulted in the Philippines introducing a temporary ban on poultry meat imports from Brazil.

But according to the World Health Organization, there is no evidence showing that humans can contract the disease from food.

China is embroiled in a fresh row with Brazil over imported chicken wings (Image: Getty) Related articles North Korean troops plot to 'kill anyone' near Chinese border China sends waves of fear across the EU in plot to stop 'new cold war' On its website, the World Health Organization sates: “There is currently no evidence that people can catch COVID-19 from food, including fruits and vegetables.

“Fresh fruits and vegetables are part of a healthy diet and their consumption should be encouraged.

It adds: “Coronaviruses need a live animal or human host to multiply and survive and cannot multiply on the surface of food packages.

“It is not necessary to disinfect food packaging materials, but hands should be properly washed after handling food packages and before eating.”

Equally, the international body claims there is no evidence that shows that humans can contract COVID-19 from cooked foods.

The vital importance of social distancing (Image: Express) It added: “There is currently no evidence that people can catch COVID-19 from food.

“The virus that causes COVID-19 can be killed at temperatures similar to that of other known viruses and bacteria found in food.

“Foods such as meat, poultry and eggs should always be thoroughly cooked to at least 70°C.

“Before cooking, raw animal products should be handled with care to avoid cross-contamination with cooked foods.”

David Hui Shu-cheong, a respiratory medicine expert at the Chinese University of Hong Kong, said the imported food products that tested positive in China were almost certain to have been come into contact with he virus during packaging.

Hong Kong suspended chicken imports from Aurora’s Xaxim plant (Image: Getty) Related articles Donald Trump unleashes secret weapon from China in bid to win election China slapped with US sanctions amid bitter South China Sea row However, he added that it does not necessarily imply that they can be transmitted to humans.

The nucleic acid tests could have found the RNA of dead virus.

These residues of the pathogen are known to have given false positive results on patients who have recovered from COVID-19, such as in South Korea.

But if the pathogen found in food products can be grown in labs it is infectious, according to Mr Hui

He added that the virus can survive freezing temperatures and still be active when defrosted.