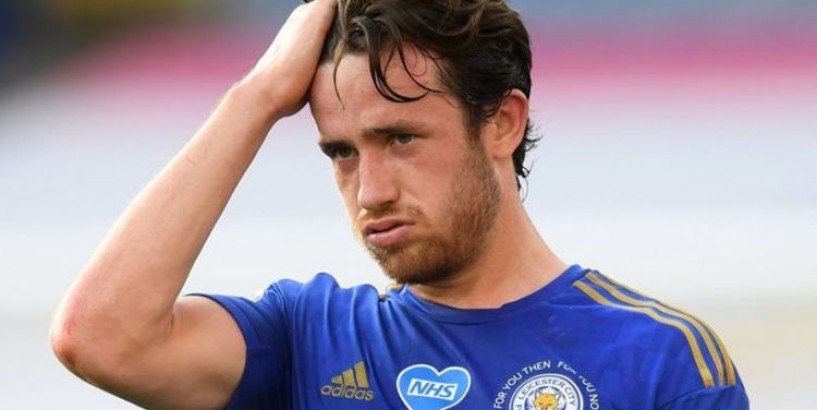 Chelsea transfer target Ben Chilwell has been warned that the grass isn't always greener on the other side, and he should opt to stay at Leicester City this summer regardless of the Blues' interest. Leicester goalkeeper Kasper Schmeichel discussed past players leaving the King Power stadium and claimed the project is unlike any other club. Related articles Chelsea warned Hakim Ziyech is a coach's nightmare ahead of transfer

Chilwell is believed to be one of Chelsea's top targets ahead of the summer transfer window.

The left-back has emerged as one of the best full-backs in the Premier League, and the Foxes value him at £85million.

But with Financial Fair Play rules relaxed, Chelsea are set to go all-out in the upcoming window and could be tempted to pay up.

Lampard is desperate to improve his defensive options for next season and wants Declan Rice to lead from the back.

Chilwell, if he joins, will be used as a wing-back, and will have the chance to exercise his attacking talents in Lampard's new-look side.

But Schmeichel has warned him against leaving Leicester, saying Chilwell should follow his and Jamie Vardy's example and stay put.

Vardy turned down Arsenal back in 2016 after the Foxes' historic Premier League title win, and Schmeichel has remained loyal to the side he joined back in 2011 from Leeds despite interest from elsewhere.

"We have had N’Golo and Riyad [Kante and Mahrez leave] - N’Golo had a buy-out clause which was unfortunate for us — but when you look at the squad here there’s a lot of players who choose to stay here," Schmeichel said. LATEST LIVE SPORT TV DEALS