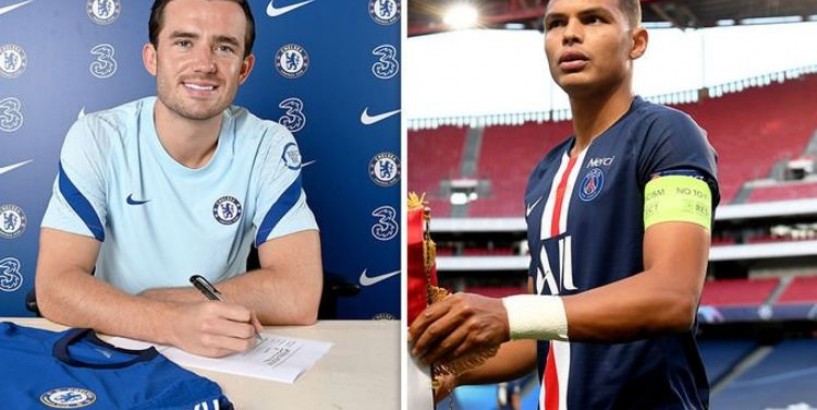 Chelsea will challenge for the Premier League title this season because of Frank Lampard's additions to the defence, according to former West Ham striker Dean Ashton. Lampard completed deals for forwards Hakim Ziyech and Timo Werner before the summer transfer window opened. The Blues are also closing in on a deal for Germany star Kai Havertz.

But Ashton believes it is the signings of left-back Ben Chilwell and centre-back Thiago Silva which will prove the difference for Lampard.

Chilwell joined Chelsea from Leicester City for an initial £50million on Wednesday and experienced Brazil star Silva is set to sign this week on a free transfer.

Ashton is a big fan of Werner, Ziyech and Havertz but says Chilwell and Silva are the crucial additions to make Chelsea title contenders.

"Roman Abramovich will be impressed with how Frank Lampard did in his first season," Ashton told talkSPORT.

JUST IN: Arsenal board and Arteta 'in love' with £62m target who can leave club

"I wouldn't have thought he'd be spending this much money unless he really trusted and felt that he could trust Frank Lampard to be able to then put this team together.

"I was just thinking Werner, fantastic, Ziyech, wonderful player, looking at getting Havertz possibly as well, but where's the defensive reinforcements that we were all talking about at the back end of last season?

"With what they've already got there, you have to say, I think they will be title contenders. It's been that good, this window."

Hislop says it may take time for the new signings to gel.

"They are [building to win the title], if not this season [then next]," Hislop told ESPN FC.

"My only question mark with the additions is how do all the parts fit together in terms of team chemistry?

"We've seen a number of teams in the past spend heavily in the summer and it just doesn't gel straight away.

"I think without question, given the signings, given the age of the signings in particular, Chilwell still only 23, I think they are building a squad that will contend, if not this season, certainly in the long term.

"I think it's good business from Frank Lampard on a number of different levels."