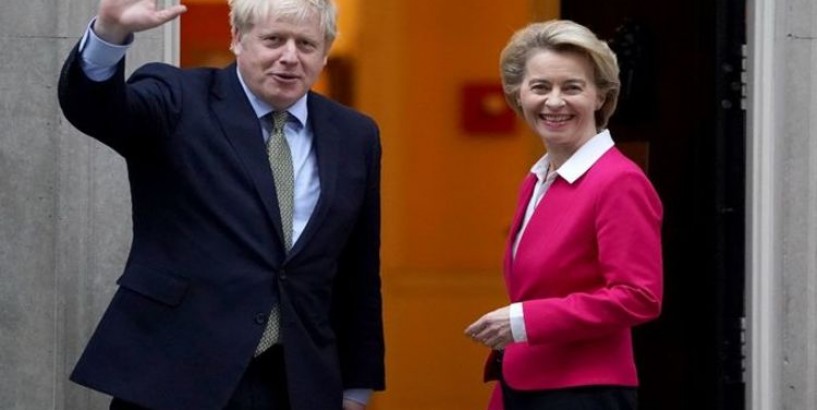 THE EUROPEAN UNION has launched an astonishing attack on Boris Johnson, accusing the prime minister of underfunding the NHS, as well as being ill-prepared for the coronavirus pandemic. PUBLISHED: 05:40, Thu, May 21, 2020 | UPDATED: 06:06, Thu, May 21, 2020 0 Sign up for FREE now and never miss the top Royal stories again! SUBSCRIBE Invalid email

We will use your email address only for sending you newsletters. Please see our Privacy Notice for details of your data protection rights.

Britain has reeled under the impact of the deadly virus, recording the highest death rates in Europe. The government has been routinely criticised by the UK media for its failure to ensure adequate supplies of personal protective clothing for medical staff and an inability to carry out mass public testing for the virus. Moreover, Mr Johnson came under severe criticism for missing five COBRA meetings earlier in the year, as the pandemic was beginning to take a hold in Europe. Related articles Brexit blow as Northern Ireland will need checks on goods next year

And now Brussels has added its voice to the chorus of condemnation of the government’s handling of the COVID-19 crisis. A policy report published by the European Commission on Wednesday said the health crisis had exposed the “weaknesses” in the NHS, which it blamed on government underfunding. It highlighted a lack of money spent on staff, infrastructure and equipment, saying that number 10 was forced to beg manufacturers to make ventilators at the height of the crisis. The Commission urged Boris Johnson to invest more resources into the British healthcare system to avoid further devastating deaths. The European Union has launched an astonishing attack on Boris Johnson (Image: GETTY) The government has been routinely criticised by the UK media (Image: GETTY)

In their report, officials wrote: “The Covid-19 pandemic has revealed weaknesses in the preparedness and capacity of the health systems in the United Kingdom to respond to such outbreaks, notably in terms of facilities, staff and supplies. “Managing similar crises in the future calls for investments into the health systems across the United Kingdom, including effective and well-resourced public health measures. “These investments should aim at providing the necessary equipment, facilities and the required skilled labour, and overall the capacity to deliver all expected regular healthcare services alongside the care for patients with Covid-19 or similar infectious diseases." The commission produces regular economic policy recommendations for its member states, introduced after the financial crisis a decade ago. And now Brussels has added its voice to the chorus of condemnation (Image: GETTY) Related articles Still bitter about Brexit? Verhofstadt mocked after Patel dig

They have never been binding on the UK and have no legal consequences except for Eurozone countries. The policy report also warned that the economic fallout from the coronavirus pandemic would disproportionately affect the UK’s regions. The report’s authors said: “The socio-economic consequences of the pandemic are likely to be unevenly distributed across regions of the United Kingdom. “This poses a substantial risk of further widening the regional disparities in the United Kingdom."