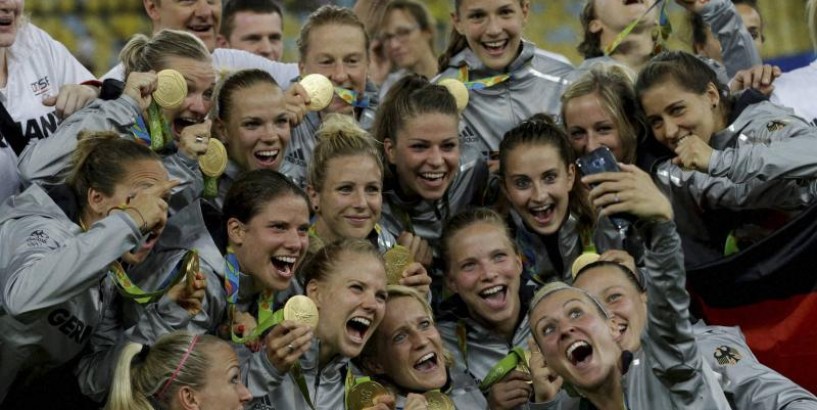 Germany women's football team pose for a selfie after receiving their gold medals for winning the Olympic football tournament final at the Maracana stadium in Rio de Janeiro, Brazil. AP Photo Sydney: Australia called Thursday for men's football at the postponed Tokyo Olympics to be changed from an Under-23 tournament to Under-24 so all players who helped their teams qualify can compete.

"We would like to open up discussion with FIFA and the Asian Football Confederation (AFC) to consider adjusting the men's football tournament so that it becomes an U24 tournament for the Tokyo Olympic Games," Football Federation of Australia CEO James Johnson said.

The decision to move the Tokyo Games from this July to July 2021 due to the coronavirus pandemic has raised concerns across the sporting world that some Olympic hopefuls might not be able to participate due to age restrictions, or simply because they lose form or fitness.

Shifting football to an U24 format "would ensure the players who helped their nation qualify for the Games this year... have an opportunity to fulfil their dreams of representing their country and becoming Olympians", Johnson said in a statement.

Australia, like many countries, have been building up to the Olympics for years, with national team coach Graham Arnold also put in charge of the U23s when he was appointed in 2018.