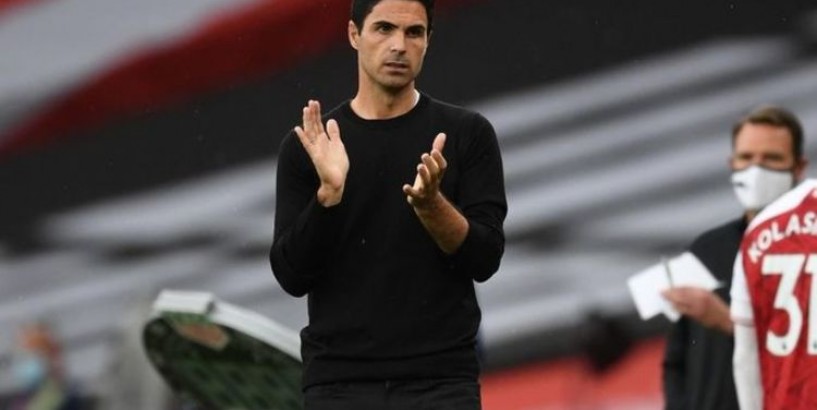 Related articles Saka explains why he & Greenwood are starring for Arsenal and Man Utd Chelsea urged to avoid Arsenal mistake and sign John Stones Arsenal ended a dismal Premier League campaign on Sunday with a 3-2 win over Watford at the Emirates.

It means Arsenal finished in eighth place, a huge 43 points behind champions Liverpool.

Once again the defence was Arsenal's Achilles heel with 48 goals conceded, the second worst record of teams in the top half.

Arsenal boss Mikel Arteta has work to do in the transfer market (Image: GETTY) Due to their shortfalls, Arteta was forced to switch from his prefered system of four at the back to five.

Sokratis has fallen out of favour since the restart and Sead Kolasinac has been guilty of several errors.

It is hoped the arrival of William Saliba and the development of Kieran Tierney will lead to an improvement next season.

But they will start the new campaign without Mustafi, Calum Chambers and Pablo Mari, who are all out injured.

"This has been a tough test for Mikel Arteta, but I think Arsenal have realised they have got to go all out and sort the defence out," he told Sky Sports .

If the defence is sorted, they can start moving up the table. Some players need moving out of the door, Mesut Ozil, Sokratis, Shkodran Mustafi - these players have to move on, and Arsenal need to freshen things up.

"The defence is key to the rebuild, they have been rebuilding for seven, eight years, this period in particular has been awful for Arsenal fans, but I think Arteta knows the right path to take."

"I don’t see a reason to leave. I don’t know why everyone is writing wrong and fake news."